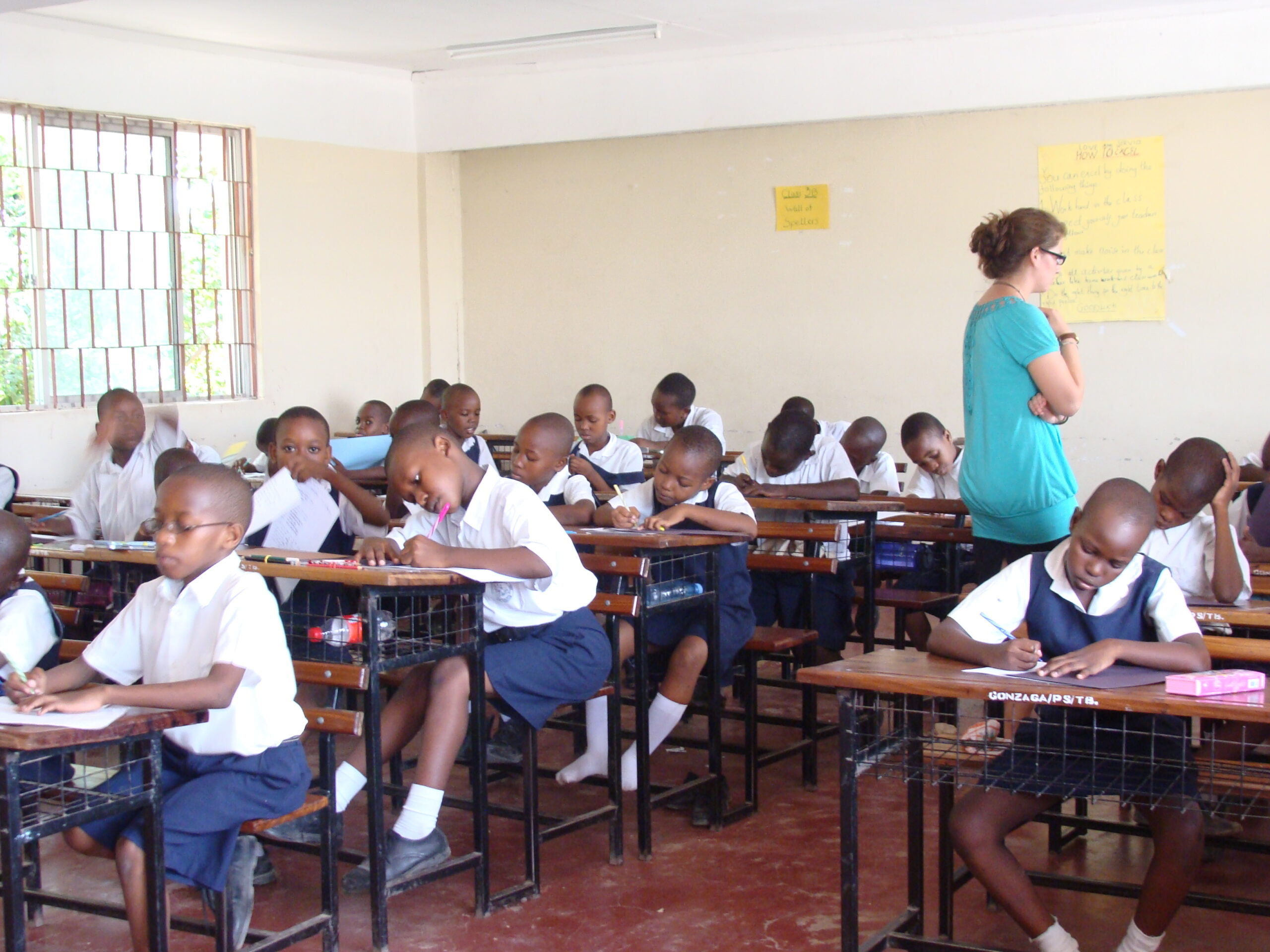 Gonzaga Preparatory and Primary School in Tanzania was formed during the 10th anniversary celebrations of Loyola High School in 2005. A community service programme started as a way of marking the 10th anniversary of Loyola High School. This took students of the school to various places where they rendered their services to disadvantaged members of the community in Mabibo. This included the Sara cobet orphanage centre which was run by Mr. Lihangwike Komba. In 2005, Mr. Patrick Doherty and his family along with other friends from Our Lady Queen of Peace Foundation, Canada came to visit the Jesuits working in Dar es Salaam and Dodoma. After seeing the suffering of the children in the area they decided to enter into a partnership with the Jesuits to build Gonzaga Preparatory and Primary School. The building of the school was completed in January 2008 and saw its first intake of students on 14th January 2008 with 200 students from Pre-Standard One to Standard Three.

Gonzaga School is a Catholic school which offers education to both girls and boys. The education is based on the characteristics of Jesuit education and the students are encouraged to strive for excellence within the school community as well as outside the school. There are 497 pupils and 41 members of staff in the school. Students come from outside the area of Mabibo as well, residing primarily in Dar es Salaam’s SOS Children’s Village. These are either orphans or come from families who are unable to supprt them. Subjects taught at the school include Civics, English, French, Geography, Science, History, ICT, Kiswahili, Mathematics, and Peronality Development and Sports. All subjects with the exception of Kiswahili are taught in English preparing students for secondary school which is only taught in English.

The school mission is inspired by the tradition of Jesuit education. Gonzaga educates young people to become men and women for others. They assist pupils in developing the sense of love and service within themselves and others, and prepare youth to have a sense of responsibility and to work skillfully to advance the common good.

Currently the school receives no external funding. The school depends purely on school fees and many children and their families are often unable to pay these, thus Gonzaga struggles to consistently meet the needs of its pupils. For example, there are fewer textbooks than students and pupils often need to share. In some cases only the teacher has a copy of the textbook. From time to time the school receives support from the Jesuit Mission Office in Dublin for some necessary projects.