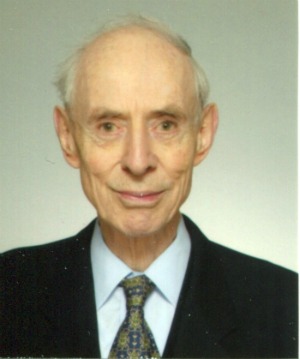 Mission in the wake of the Japenes Earthquake Disaster

At 2:46 pm on March 11, 2011, an earthquake, one of the five strongest in recorded history, occurred about 190 km off the Pacific coast  of Japan. It triggered a 10-15 metre-high tsunami that crashed through the coastal breakwaters sweeping everything before it.  A recent report of  Feb. 2012 lists the following: dead 15,848 people, missing 3,305, injured 5,894. Also, the combined force of the earthquake and tsunami wiped out the external power supply and the emergency back-up generator of Fukushima 1 Nuclear Power Plant. The ability to cool the reactor was lost resulting in partial meltdown of the reactor core and the release of radioactive material. The area within a 20 km radius of the plant has been declared off-limits and the people living there, about 60,000, have been evacuated. However,  if we add the number of evacuees from other areas beyond the off-limits zone, the total comes to about 300,000 people in temporary housing.

The response to these horrific events was rapid  and gigantic. Both from within Japan and abroad help poured in. A large contingent of soldiers from the defense Forces of Japan began sifting through the huge expanse of debris. The work was  harrowing, so their officers saw to it that from time to time, the men  were relieved and  replaced by a new  group of soldiers. Young people from all over the country turned up to help. It was the first sign of light amid darkness, hope amid despair. They  brought their own food and slept in tents. Buddhist monks, Protestant pastors, Catholic priests, seminarians scholastics were also involved.

What it means to be a missionary today. Having spent most of my Jesuit life in Japan, it is the only context from which I can write. The nuclear catastrophe in Fukushima is a daily news item. An enormous amount of work has been done but this is only a beginning. It will be  years before contaminated areas will be fit for human habitation or work. What is there to say?  It began to dawn on me that a disaster can be a catalyst that draws all kinds of people together so that, at least for a while, they forget their own needs and use their time, energy and talents to helps others. A group of earthquake experts from one of the universities claim that  studies indicate a seventy percent possibility of another major earthquake along the Pacific coast within the next four years. People have to learn to live with that including to day’s missionary whose main task will be to pray, listen to and stand by the people.

Psalm 46 comes to mind;
God is our refuge  and strength,
so we shall not be afraid when the earth gives way,
when the mountains tumble into the depths of the sea,
and its waters roar and seethe.