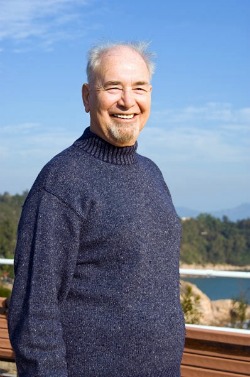 Being a missionary anywhere today is very different from what it was 50 years ago, when I first arrived in Hong Kong. Both the world and the church have changed so much in the meantime. For the church, a richer understanding of what Ã¢â‚¬Ëœmission’ means, and that the idea of Ã¢â‚¬Ëœmission’ is a call to all Christians. For the world, the onset of globalisation bringing peoples and cultures into closer contact and mutual influence and interdependence.

In the past, more than today,  being a missionary implied coming from a faraway place bringing a set of beliefs, practices and values that were Ã¢â‚¬Ëœforeign’ to the people you came to serve.  Whether admired or reviled, the missionary had a distinctive status with his/her people.  But global communications, international travel, studying and service abroad,  and the shrinking of our world have now levelled the ground,  and, I think, integrated the missionary more into the local church and society.

So, for me being a missionary today is a consciousness of serving the universal church, the international body of Christ, people of many races and places.  As a Jesuit my specific mission is a ministry that involves me with Catholics and other Christians,  local Chinese and foreign residents, working with men and women, young and old, religious and lay, married and single  — in short a microcosm of the universal church.  But it’s also important for me as a citizen of this city to be concerned about society as a whole, about the social milieu in which I live and work, and to give witness to a Christian presence in civic and cultural life.  I hope I can be a useful instrument in the Lord’s vineyard.