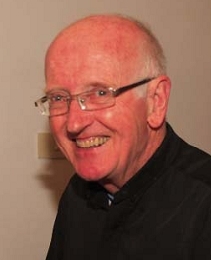 On Wednesday 28th March, Director of Development of Loyola Jesuit School in Kasungu, Fr. Pete Henriot gave a talk in Milltown Park entitled Ã¢â‚¬ËœEducation and Development in Africa’. He began his presentation with a story of the typical features of a young Malawian woman’s life. Thandiwe will graduate from Standard Eight in a government primary school with high marks. While she has ambitions to become a nurse or a doctor the options of further education are limited for her. The closest government secondary school to her village is 8 kilometres and has no modern facilities such as electricity, library or science lab. Girls find it particularly difficult to succeed as they are required to cook, care for their younger family members and work in fields. Many drop out of school due to early pregnancies. While a private, well-equipped boarding school would address these problems, Thandiwe would not be able to afford the fees thus ending her formal education at primary school. This block to her education and that of other women means a block to the development of the country.

Fr. Henriot then went on to talk about the importance of growth in terms of social and human development and not just that of the economy. He stated that his own post-doctoral research in social indicators at Harvard University has been valuable in his current work in determining how development should evolve. Unfortunately, development is currently seen in economic terms. Fr. Henriot cites publications which challenge this paradigm including Pope Paul VI’s Progress of Peoples document which says authentic development is ““for each and for all, the transition from less human conditions to those which are more human”.

Pete Henriot then moved on to talk about the specific development models currently in existence in Zambia and Malawi. In Zambia while ““economic growth measurements have increased in the past decade, measurements of human improvement, of poverty eradication, have not always increased in parallel fashion.” Therefore, what is happening to the people themselves? Similarly, in Malawi, the emphasis is on infrastructure with most of the investment coming from China. Human rights and promotion of social services is low down on the list in both cases.

Fr. Henriot stated that the way to ensure authentic development is to provide relevant education to the areas where it is needed, particularly for young women. ““Good education for girls has consequences for lowering birth rates, lessening child mortality, reducing early marriages, increasing job opportunities, and engaging in civic, democratic activities.” He also pointed out that they were not likely to receive this in state-funded schools where ““budgets for education are grossly insufficient and badly managed.” The only chance is in subsidized private education.

This led on to the discussion of the new Jesuit School in Kasungu Malawi which is currently being built. It will be a co-educational boarding school catering for 500 students from all backgrounds and areas. This will offer poorer students the chance to empower themselves by receiving the education which will allow them to further the development of their country.

Fr. Henriot’s talk is available for download here.
An interview with Fr. Henriot is also available on podcast.