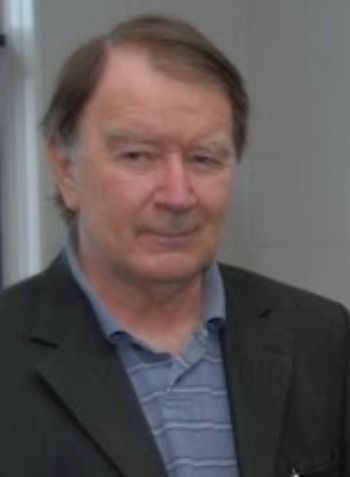 Kevin O’Higgins, SJ was born in Dublin. He was inspired to join the Jesuits by the American Jesuit Daniel Berrigan. ““I had never met a priest like that in Ireland”, he says. ““I wasn’t drawn to the Irish model of priesthood which I had grown up with, so Berrigan was the model of priesthood which led me to the Jesuits.” Fr. O’Higgins felt drawn to missionary work in South America which led him to move to Paraguay in 1986. ““My own instinct, long before I joined the Jesuits, was that Christianity is about action, about living a certain way.” This was an important part of the Jesuit philosophy when Fr. O’Higgins joined and he still finds it to be so.

By the 1970s and 1980s, liberation theology was gaining strength in South America and conflict ran high between the Church and the military governments it was opposed to. Many priests and religious people were assassinated for voicing their opposition to such oppressive regimes, including Archbishop Romero of El Salvador. In the early 1980s, Fr. O’Higgins and his colleagues were sent to Paraguay to fill the gap left by a group of Spanish Jesuits who had been expelled for challenging the government’s stance on human rights and civil liberties.

Fr. O’Higgins arrived in Asuncion in 1986 with the late Fr. Brendan Rumley. The two were threatened with expulsion on their very first day because of the order’s association with liberation theology and communism. However, the issue was resolved and they were allowed to remain. Moving to Asuncion was a challenge for Fr. O’Higgins as it meant a complete separation from his family and friends and even his native language. Even though parting was difficult, Kevin soon found his feet. ““Within days, I was making new friends and settling in. To me that was the clearest indication that I was where God wanted me to be.” He was involved in the foundation of the Instituto Superior de Estudios Humanisticos y Filosoficos which was incredibly exciting for him; it was a chance to create a university based on Jesuit ideals of social justice and free from corruption. He described it as ““getting all of my Christmasses at once!” Bilingual communication (Guarani to Spanish) at the Institute was very important. Fr. O’Higgins became aware of how different it was ““not only to speak in a different language, but to think in a different language.” Fr. O’Higgins worked with the Institute for the best part of ten years.

During his time in Paraguay, Kevin lived with the Jesuit students in the slums or barrios of Asuncion. At times, the poverty of his friends and neighbours seemed almost overwhelming. Witnessing people coping with tragedies and heartbreak was a humbling experience. Fr. O’Higgins came to realize that the faith of the disadvantaged is a truly miraculous entity, because it is tried and tested every day. ““I’ve found that those with faith have a faith which you will never experience anywhere else; it’s a true faith, a Gospel faith.” He found that religion in Paraguay had a strong emphasis on practice rather than belief. People formed their own communities, and took an active role in preparing themselves and their children for various Christian rites. These communities strived to make the basic Christian community something which impacted life outside of the four walls of a church building. Liberation theology in Paraguay, however, was at odds with the right-wing military dictatorship, lead by Alfredo Stroessner. Assassinations and disappearances were common occurrences and Kevin and his colleagues were told to write a will.

Stroessner’s dictatorship fell in 1989 and with it came changes. ““The big change was that there was suddenly freedom to talk,” says Fr. O’Higgins. During the former regime, the police would interfere with the work of the Jesuits and arrest people on false accusations. With the new government, the police began to be seen as people trying to uphold the law rather than breaking it. In 2008, a former Bishop, Fernando Lugo ran for President in Paraguay and won! His election ended 60 years of conservative rule and it is a sign of definite progress.

Fr. O’Higgins returned to Ireland in 2000 and currently works with the JUST programme in Ballymun. He states that he is ““as much a missionary in Dublin as [he] ever was in Paraguay.” His experience in South America has made him much more aware of the different cultures which exist in Dublin, particularly the deep cultural divide. JUST (Jesuit University Support and Training) was founded in 2005 to help bridge this gap. It aims to support students from Ballymun who wish to pursue third level education. They not only face financial barriers to education, but also social and cultural ones. Fr. O’Higgins was ““shocked to learn that only 2-3% of people in Ballymun were going on to third level education, whereas in other parts of Dublin third level participation was 90%.” There are currently over 100 students enrolled with JUST learning the skills to enable them to study at university level. Fr. O’Higgins’ values his work with JUST in Ballymun as much as his experience in Paraguay. ““I regard the work I’m doing now in Ballymun as the most enjoyable and fulfilling work I’ve ever done. It’s tremendously satisfying, and is very similar to what I experienced in Paraguay.”