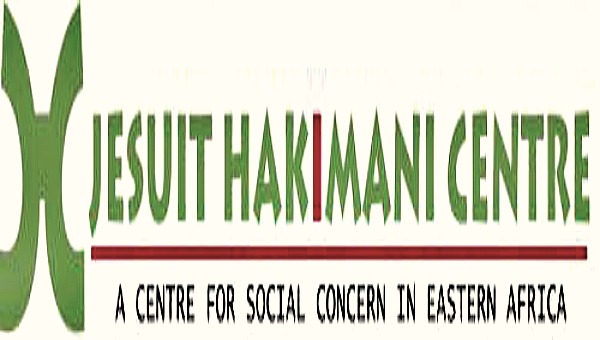 Niall Leahy SJ from Leitrim worked in Nairobi at the Jesuit Hakimani Centre (JHC) a centre for social concern.

Niall Leahy SJ spent some months working in Kenya, a long way from Leitrim where he comes from.

He is presently reading Philosophy at Heythrop Jesuit College in London.

He recounts his experiences in Nairobi.”“This summer, as part of my Jesuit formation, I was sent to Nairobi to work at the Jesuit Hakimani Centre (JHC) a centre for social concern (““hakimani” is the Kiswahili word for justice and peace).  My superior simply told me to go there and use my head, my heart and my hands.

Looking back at my time with JHC, I can see how there was ample opportunity to engage all three.  ““I spent most of my time in Nairobi although I visited some other parts of the country. I was grateful for these opportunities because I got a glimpse of Kenya’s amazing diversity as a country.  Geographically, there is an array of landscapes, from lowlands to highlands, coastal areas to mountainous regions, and arid semi-deserts to lush forests.

It also boasts 42 tribal groups, many of which have their own language. Most Kenyan people are tri-lingual, speaking the official languages of English and Kiswahili, in addition to their tribal mother-tongue.  From such a cultural melting pot could emerge a nation of extravagant richness but up until now it has not been a recipe for success.

““In the 50 years since gaining independence, the country’s political leadership has exploited tribal differences and tensions to their own advantage.  By favouring certain tribes at the expense of others, they missed the opportunity to foster a sense of national unity.  This was clearly seen in the aftermath of the 2011 elections when street violence left many injured and dead.  Kenyans eagerly await the International Criminal Court’s judgment on the role of the current President and Vice-President in relation to this tragic episode.

Peace is good for the pocket

““Despite such setbacks, many Kenyans are still committed to promoting peace and unity, and none more so than the team at JHC.   The mission of the centre is fourfold: promoting good governance; peace-building; working towards economic sustainability; promoting the activities of the centre in the media and publications.  They work at grassroots level with local communities, helping them to identify the issues that are preventing peace and development and finding out what they want to do about it.  It’s important that the ideas come from the community itself. If a solution is imposed on them from the outside, chances are that it will not work in the long run.

I saw the results of one such project, where women from two tribal groups came together to farm a piece of land held in common.  Not only did they resolve their differences but the community prospered as a result of it. So everyone learned that peace is good for the pocket!

““The JHC uses these encounters with local communities as a basis for generating relevant information and suggestions for the political, religious and third sector leadership.  I was involved in the publication of one such report. The findings showed that the people have become tired of tribal politics and are keen for parties to operate across tribal divisions and to prioritise national interests. The public mood there reminded me of the atmosphere in Northern Ireland when the Good Friday Agreement was signed. It is now at the stage that people are so worn out by old rivalries, that peace has finally become more important than any ideology or prejudice.

A great place to be a Christian

““On the whole, Kenya is a great place to be a Christian because both politics and religion sit very comfortably in the public domain. It’s unlike the Western world where people are fearful of offending or embarrassing someone by raising such topics.  Everyone has an opinion and normally they are not afraid to share it.  I found that very refreshing. I can only presume that their thirst for making a just society is a fruit of the joy they find in praising God. They’re very good at that too!”