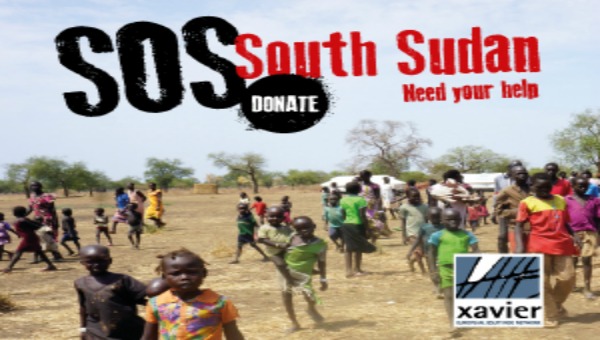 The Jesuit Xaviour Network is strengthening its appeal to support the people of South Sudan. The rains have arrived and South Sudanese farmers should be planting for the harvest in a few months’ time. But the Jesuit Refugee Service ( JRS) are deeply concerned about food security as farmers and their families have had to abandon their lands because of the conflict. Food prices have rocketed and people are reliant on food aid in temporary camps to survive.

124,200 refugees and a growing number of internally displaced people need education and psychosocial help immediately in the area of Maban. Maban County is located in the North Eastern part of the Upper Nile State in South Sudan. The predominant tribe is the Maban tribe who co-exist with the Dinka, Nuer, Shilluk and people of Arab descent who have settled in the County. The fighting between the Sudan Armed Forces (SAF) and the Sudan People Liberation Army-North (SPLA-North) has led to great loss of civilian lives and destruction of property along with massive displacement of the civilian population towards Ethiopia and Upper Nile State.

The situation in Maban is relatively stable at the moment but remains unpredictable as a result of the civil war in South Sudan. The Upper Nile region where Maban is located has been amongst the worst hit as regards masses of people moving into the area in their search for a peaceful location. The number of refugees in Maban County camps is over 124,000 (UNHCR statistics as of March, 2014). 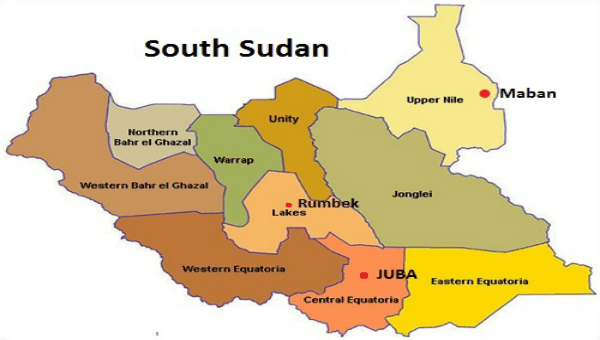 The refugee camps and the host community

With the large number of refugees, the increasing number of internally displaced people, and the conflict between refugees and the host community, unmet needs are enormous across all sectors. There is a real urgency for the Jesuit Refugee Service (JRS) to set up and maintain education and psychosocial programmes in all four refugee camps there, as well as in the host community who were already resident before the massive influx of people escaping the violence occurred. At present JRS is working towards four education objectives in teacher training, psychosocial support and early childhood development in the host community.

The JRS team is taking training in Yambio with the Solidarity with South Sudan Teacher College (SSTC). This team is expected to work with tutors who will carry out training for 80 days for the refugee teachers in Maban. SSTC will share soft copies of the text books and all other training materials that are needed.

Adult Education – Teacher Training
The adult education teacher training is meant to benefit the community run adult education centres that do not have trained teachers. These centres will also be supported with teaching and learning materials.

Psychosocial Program activities are being implemented in Doro refugee camp and will be expanded into the other three camps. The activities involve training counsellors and provision of counselling services, recreational activities and life skills trainings.

Currently the plan is to support the 2 existing nursery schools around Bunj Town run by the local Catholic Church. It is also hoped that a third nursery school will be supported later on for the host community. The immediate need is to pay the teachers and a cook/cleaner and to provide teaching and learning materials.

Your generous donations to date are very much appreciated and we would ask supporters for their continued support and prayers during this extremely difficult period for the people of South Sudan. If you would like to donate please Click Here