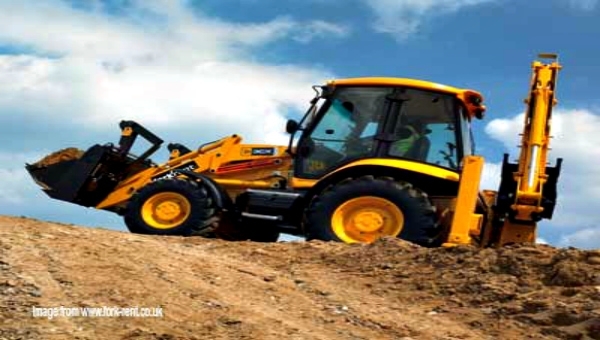 Fr Richard O’Dwyer SJ looks forward to the arrival of a big, yellow JCB that will travel by sea and road from Dublin to Rumbek! Before he left Ireland this week, he shared his feelings about the country and location he calls home.

The Jesuits’ work at the Multi-educational and Agricultural Jesuit Institute of South Sudan (MAJIS) will soon progress rapidly thanks to a new JCB to be shipped from Dublin, Ireland to the port of Mombasa in Kenya. A long drive follows then of 2,234 kilometres (1,388.14 miles) that will transport the earthmover to Rumbek where Richard will use it for the development of buildings and arable land. The JCB will be the first to arrive in that area and is eagerly awaited!

See http://bit.ly/MAJISfarm for more on the MAJIS project. 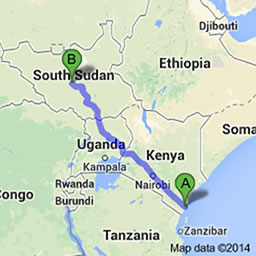 “Everyone who cares about South Sudan has been hoping that the current peace talks would bear fruit” says Richard. ““Sadly, neither the government nor the opposition seem prepared to compromise and to cede ground to each other. So the fighting that has gone on since mid-December drags on with no end in sight. Most of the fighting is concentrated in Upper Nile and Unity States in and around the oil fields. Given the nature of the fighting, where the rebels seem able to attack a town in force and then pull back into the bush when the government counter-attack and take back the town and then it all happens over again when the rebels attack another town and so on.

““The fighting has seriously interrupted oil production which is the source of 98% of South Sudan’s national income. Some economists have said that oil output has fallen by as much as 50%. Farmers in the areas affected directly by the fighting have fled and so no planting of food crops has taken place and other farmers in adjacent areas have been afraid to plant as their crop could be destroyed if the fighting were to spread.  As far as I know none of the over one million people who have fled have returned to their homes and continue to live in neighbouring countries as refugees or within South Sudan as internally displaced people.”

He continues ““As I prepare to go back, my mind and heart turn towards the local people in Akol Jal, the village where the MAJIS farm is located 12 kilometres outside Rumbek. Over the last 18 months we have come to know many villagers and my colleague Tomek Nogaj SJ and I have become immersed in the lives of many people by helping with medical treatment, especially young children under the age of five, pregnant mothers and widows. We have also been able to give work to some people who helped us cultivate two vegetable gardens and a tree nursery. Others have assisted us with translation work and we have started saying mass every Sunday in the village at the invitation of the villagers! They have asked us to build a small church and to open a medical clinic.”

““Although no government versus rebel fighting has taken place here, the absence of proper policing and army personnel has led to a general sense of insecurity and created an opportunity for lawlessness in the form of cattle raiding by heavily armed raiders.”

Richard explains that the main reason for cattle raiding in the area has to do with Bride Price; the custom of presenting a prospective father in law with heads of cattle in exchange for a daughter. Legislation has now been passed to keep the number of cattle at five heads in an effort to lessen cattle raiding and associated violence.