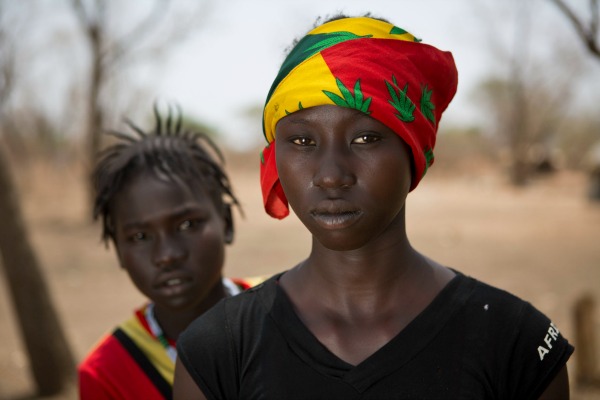 “If a teacher is paid nearly four times less than military personnel, the price will be paid later. If you think education is expensive, try ignorance,” says Fr.SÃƒÂ¡nchez SJ.

Fr. Alvar SÃƒÂ¡nchez SJ, of the Jesuit Refugee Service (JRS) lives and works in Maban Refugee camp in South Sudan as Education Coordinator. He continues “A country without education is like a house without a foundation, and the foundation of South Sudan is crumbling. You can’t build a future for a new nation unless you prioritise education; sadly South Sudan never did so. The country is on the brink of disaster, and one of main reasons is the lack of access to education.”

A stark allocation of resources

When South Sudan became the world’s youngest country in 2011, the literacy rate was a mere 27 percent. To improve this statistic, the education ministry of South Sudan set a high goal: reduce the illiteracy rate by 50 percent by 2015.

It’s now 2015 and no progress has been made; South Sudan ranks as the most illiterate country in the world. The country’s educational facilities, teachers and students have been neglected as resources have been diverted into funding the war which has displaced nearly two million people.

Since conflict erupted in late 2013, all efforts made to fill educational gaps in the country were halted, especially in remote areas like Maban County in Upper Nile, where JRS has established projects. The lack of resources allocated to educational materials and school management coupled with a scarcity of teachers has set students back there immensely. The secondary school in nearby Bunj Town has not opened its doors since December 2013, and primary schools in Maban are far from offering even minimal services. For the past two years, students who have finished their primary school courses have still not been able to take their national exams.

A stark reallocation of resources is obvious by the difference between a teacher’s salary and that of a soldier. A teacher’s monthly salary in the county is 270 South Sudanese pounds (Ã¢â€šÂ¬42) while a soldier for the government army is paid 1,000 pounds (Ã¢â€šÂ¬155). As a result, many educators abandoned their schools to join the military in September. The cost of violence and ignorance is likely to be felt in South Sudan for years to come. However, if the international community is to make a long-term investment in education, perhaps the return of peace will result.

For refugees and for the local youth of the host community, school gives a rhythm they can depend on in a volatile situation. It allows them to think not only about today, but for tomorrow, for a month from now, for six months from now and that allows them to hope. ““Ã¢â‚¬ËœHope,’ as Confucius said, ‘breeds peace,’ ” quotes Fr Pau Vidal SJ, JRS Maban Project Director.

Education, which breeds hope and builds strong leaders, can have a powerful multiplying effect, especially for women and girls. Sadly, of the children not able to access education throughout the country, two-thirds are girls. Only six percent of girls finish primary school, but 42 percent marry before they reach 18.

“Educating girls is the first step in helping them realise their rights, become self-reliant and reduce their levels of dependency. They gain self-esteem and believe they can have power over their own lives, that they can do the same things as men,” explains Isaac Malish, JRS Maban Assistant Education Coordinator.

“The women of South Sudan have specific talents that can take the country on a path to peace. They influence their families, especially their sons,” adds Fr SÃƒÂ¡nchez. The ability of women to transform society, if given the right tools, is immense. Almost 100 women peace activists in South Sudan are organising to “advance the cause of peace, healing and reconciliation.” See http://bit.ly/ssundanwomen

Replacing the current cycle of violence with a cycle of knowledge and peace requires coordinated action between leaders of society, especially parents and school administrators. Fr John Guiney SJ emphasises the importance of replacing the alphabet of war, hurt and aggression with the language of peace and healing in the video ““Going where the Need is Greatest”.

Irish Jesuit Mission supporters have given generously to help the Jesuits’ efforts in Maban in trying to establish a life for refugees with regular schooling, training and psychosocial activities. See http://bit.ly/mabanxmas

“Education is a priority, an emergency, something that should not be suspended or postponed…emergencies – wars or even natural disasters – do not go away overnight; they affect people for years and whole generations miss out on an education…ignorance breeds violence, which in turn becomes a vicious circle,” said the Superior General of the Society of Jesus, Adolfo NicolÃƒÂ¡s, on the occasion of Universal Children’s Day last year.

This article is drawn from JRS news, the full text can be read here: