Image created by aaun.edu.au
The Irish Jesuit Missions office presents the first of its new series on achievement and the struggle towards success on the continent of Africa. The series begins with a reflective article by Mable Chilenga from Zambia, celebrating African Freedom Day on the 25th May: “A luta continua”, meaning, ““The struggle goes on”.
Celebrating African Freedom Day the ““Afric-Irish” way
I am a Zambian living in Ireland and looking at Africa from within the boundaries of Europe. I am proud to mark African Freedom Day that falls on 25th May. Although not yet fully developed, I see a better Africa: there are new freedoms and achievements to celebrate.
African Freedom Day is celebrated in many parts of the world. In Ireland we celebrate it as Africa Day in the cities of Cork, Dublin, Galway, Limerick, Waterford and elsewhere. It is a family orientated event with lots of activities including dance, exhibition, talks, and different types of African merchandise for sale like music, food and art. The day promises to be filled with joy and laughter, the ““Afric-Irish” way.
African Freedom Day dates back to 1958 and commemorates the liberation struggle against colonial rule. It also marks the creation of the Organisation of African Unity. Although the African stories making headline news are stories of suffering and desperation, there is reason to celebrate Africa.
So much to celebrate
We celebrate the fact that many African countries have lived peacefully since gaining their independence and have managed to hold together an identity originally created by foreign powers. They have kept a wide variety of languages and traditions united under one flag.
We celebrate the Africa that has coped, within itself, with millions of refugees crossing many borders. We celebrate the Africa that is willing to learn and is open to other cultures, peoples and is generally, a happy society. The richness of Africa flows from its cultures where the hundreds of thousands of African languages still spoken today create a wonderful tolerance of what is different and other.
We celebrate the growth of infrastructures and economic development. We see the soaring cohort of young educated adults and the development of quality education at all levels. We celebrate the tenacity of millions of small farmers to keep their families alive. We celebrate the mothers and fathers of Africa for their resilience and hard work. We celebrate the beauty of Africa, its sunsets and sunrises.
We celebrate the many organisations and agencies that help Africa fight injustice, malnutrition, malaria, Ebola, HIV and AIDS.
The Irish Jesuit Mission office’s dream of a better world, a better Africa for all through justice and faith is being realised every day in the work carried out by the volunteers and missionaries. We celebrate the many people who support the missions through donations, skills and talent in Africa; their contributions make life better.
Jesus says: ““I have come that they may have life, and life to the full” (John 10:10). I see this life in the freedom to celebrate liturgy in its full humanity with dancing, singing and all kinds of participation of congregations. Africans can gather in countries like Ireland to enjoy and showcase the richness of diverse African cultures.
The political, economic and regional integration happening in Africa makes movement of goods and people possible creating new life, possibilities and new freedoms in Africa. 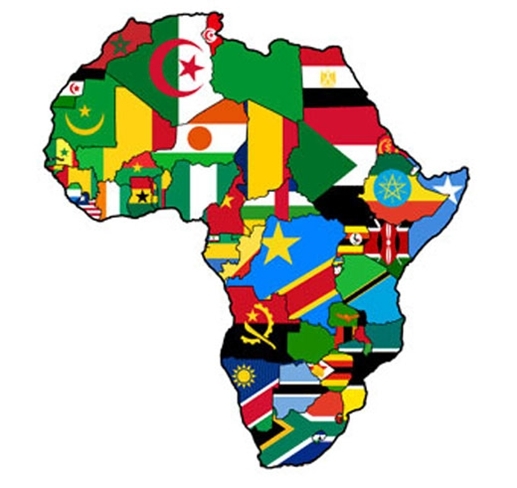 Image at www.rimasons.org
No easy walk to freedom
There are still more freedoms needed. The stories from Africa commanding the most attention are ones of division and pain: xenophobia in South Africa; the abductions and killing of students by Islamist militias in Kenya and Nigeria; the attempts of desperate people on unsafe boats trying to cross the Mediterranean sea turning it into ““a sea of tears, a sea of misery”, as Ban Ki-moon says, risking the ruthless extortion of traffickers and smugglers for the promised land - Europe.
There remains in Africa leaders and elites that have taken up and embraced neo-colonial roles. They benefit from the wealth of the continent and pay lip service to many of the continent’s poor - their own citizens. Multi-national businesses, with China in the vanguard, benefit from the continent’s resources.
The wise words of wisdom from Nelson Mandela call us to action: ““Where globalization means, as it so often does, that the rich and powerful now have new means to further enrich and empower themselves at the cost of the poorer and weaker, we have a responsibility to protest in the name of universal freedom.
““There is no easy walk to freedom anywhere, and many of us will have to pass through the valley of the shadow of death again and again before we reach the mountaintop of our desires.”
Hopes for the future
There are many unfulfilled hopes for freedoms that remain constant in the subconscious psyche of the continent.
There is the hope of freedom from corruption and poor governance; the hope of freedom from sporadic outbreaks of intertribal violence; the hope of economic sustainability despite global trade restrictions; the hope of controlling the powerful multinationals from overrunning national autonomy; the hope of political freedom; the hope of freedom from ignorance and illiteracy that leaves people prey to traditional but negative and destructive practices and fosters the downgrading of education. We hope that one day, all people on the continent will have access to healthy food and clean water.
We celebrate African Freedom Day for all we have attained while at the same time recognising that the struggle for freedom goes on: a luta continua!
See http://africaday.ie/ for more information
Author: Mable Chilenga, 20th May 2015
The views expressed are solely those of the author and not representative of the Irish Jesuit Mission office.