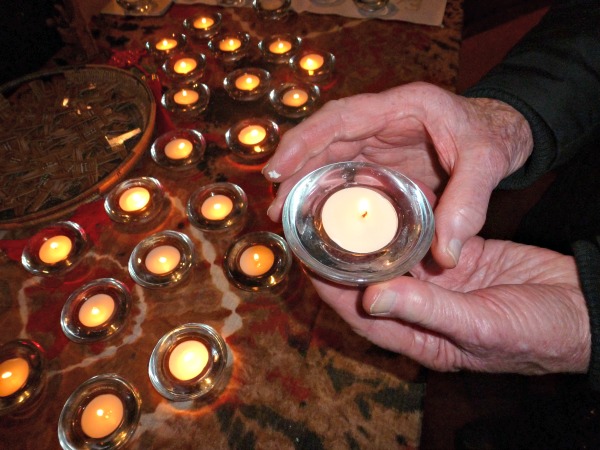 Mass was celebrated on Saturday the 6th June in Galway in memory of deceased missionaries from Galway and the surrounding areas. The church was decorated with symbols from Asia and Africa representing the Jesuit missionary territories. It was also a thanksgiving mass for the families, friends and supporters of the Jesuit missions.

Fr Martin Curry SJ in his homily outlined the four goals of the Jesuit Xavier Network of which the Mission office and Irish Jesuits are a part. The goals of the Network are response to emergencies worldwide, advocacy, volunteer support and projects.

He also spoke of the fact that although Irish Jesuit missionaries are now few and far between, there are now more lay volunteers offering their skills abroad. In addition, the volunteers are doing tremendous work building on the foundations of the Jesuit missionaries. Emerging provinces of young local Jesuits still need some support, he said. He thanked the supporters and families of the long serving missionaries for the way they have supported them in their Jesuit works.

The candle lighting ceremony during the liturgy was quite moving as members of the congregation were invited to light a candle for a particular deceased Jesuit or lay volunteer whom they named.

Fr Charlie Davy SJ and the Jesuit community in Galway were most welcoming as they hosted the whole congregation for a rich afternoon tea. It was a time to mingle and talk to those who had come along. The youngest supporter of the Irish Jesuit missions – ten month old Eli – is the daughter of Eileen who is the church and community receptionist. She was charming to meet. It was a special moment also to reconnect with returned missionary Fr Paul Brassil SJ.

The Irish Jesuit Missions office continues to thank the missionaries for work they did and continue to do in mission lands. The family, friends and supporters of mission work play an important and supportive role which is very much appreciated.