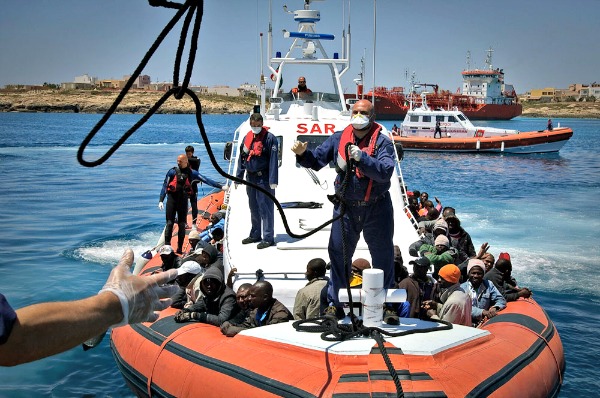 Image: UNHCR,refugees fleeing from Libya across the Meditteranean

June 20th is World Refugee Day. The Irish Jesuit Mission office is honouring the courage and perseverance of refugees with a series of articles based on Jesuit perspectives and works with refugees.

As of the end of May, the United Nations refugee agency (UNHCR) estimates that almost 100,000 refugees and migrants had crossed the Mediterranean. They hope to reach European shores and leave behind conflict, environmental degradation, poverty and persecution. Their suffering continues.

Pope Francis has long since recognised the urgency of refugees’ situations and has thrown his pontifical weight behind NGO calls for more resources, support and less bureaucracy in gaining access to European countries. Urging the EU in April to take action he said: ““It is evident that the proportions of the phenomenon demand much greater involvement. We must not tire in our attempts to solicit a more extensive response at the European and international level.”

Since January 2015, it is estimated that more than 2000 people have died by drowning in the Mediterranean Sea whilst trying to reach Europe. Dozens more suffer major injuries in their attempts to cross the border on the western side of the Mediterranean between the Moroccan town of Nador and the Spanish enclave of Melilla. Many of the victims include unaccompanied minors. Many are women being trafficked.

The Nigerian mafia, with its cells all over Europe, sells young women as slaves wherever they are wanted – mostly into the European sex industry. They are bought from their villages in Nigeria and live in fear. After crossing the desert to Nador they await an opportunity to be transported to Europe by their mafia masters. There they are raped and abused and are so fearful they would never run away. Many have forced abortions.

““ This international mafia of traffickers need an international response by governments and security agencies to dismantle it”, said Fr John Guiney SJ. 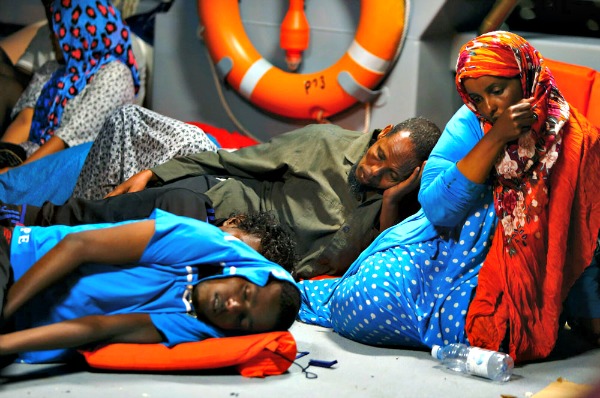 It was this desperate situation that led the European Jesuit Social Delegates to choose Nador for their annual meeting in April. It was an expression of solidarity with the local Jesuit team working there that accompanies and serves the migrants in their suffering and offers them all their care and support.

The Moroccan government will not allow migrants into the city of Nador, so they hide in the forests, in terrible conditions. Two Jesuits – Spanish and French – with a team of sisters and lay workers, supply them with tents, medical care, and hospitalisation. The Jesuits do not go into the encampments but meet them at appointed places in the forest and drive the sick to a hospital in Nador where paradoxically, they are given treatment like any Moroccan.

Islands off the coast of Europe are often the first places for refugees to gain a tentative foothold en route to the European mainland. On the eastern side of the Mediterranean and as far south as Crete, refugees are arriving in small flimsy boats and inflatable dinghies from Turkey. UNHCR said last week it was increasing its presence in the Aegean islands of Greece where arrivals by sea in have been averaging 600 people a day, straining local reception capacities.

More than 90 per cent of people arriving are from refugee-producing countries, principally Syria (over 60 per cent of arrivals this year), Afghanistan, Iraq, Somalia and Eritrea. See here

Meanwhile on the mid-Mediterranean island of Malta, the Jesuit Refugee Service care for Libyan refugees who are often swept by the waves to the island en route to Lampedusa in Italy. The new Jesuit Provincial Fr. Patrick Magro S.J, speaks about his vision and mission for the residents and refugees there in this video. 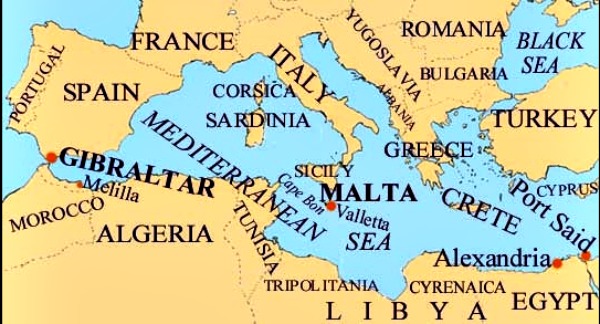 Map of the Mediterranean islands by keywordpictures