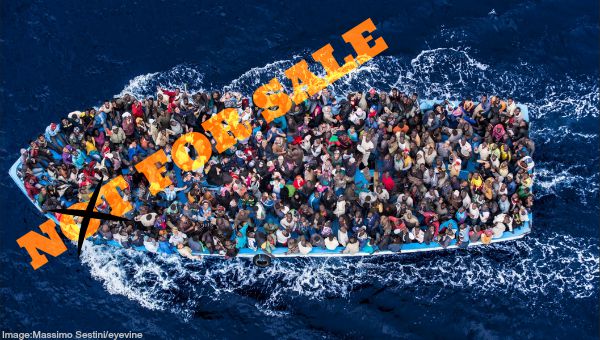 The UN World Day against Trafficking in Persons was on July 30th. Its purpose is to raise awareness of the situation of victims of human trafficking and for the promotion and protection of their rights.

Pope Francis has said: “Human trafficking is an open wound on the body of contemporary society, a scourge upon the body of Christ. It is a crime against humanity.”

In the Spanish enclave of Melilla, Morocco, a group of Jesuits’ working in nearby Nador often encounter the smuggling and trafficking trade, described here by Fr John K Guiney SJ: “Smugglers are people who benefit from the lucrative trade of taking people who can afford to pay, for transport to Europe - so often in non sea worthy boats. Trafficking is another more devious trade and treats people like slaves and the merchandise is women.” 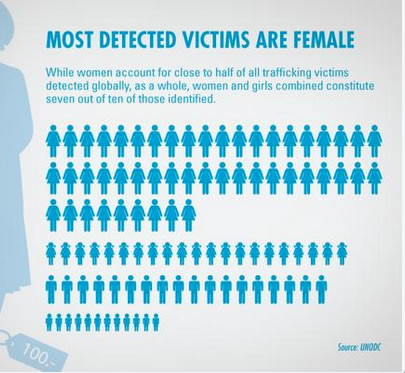 ““The Nigerian mafia, with its cells all over Europe, sends young women as slaves wherever they are wanted - mostly into the European sex industry. They are bought from their villages in Nigeria and live in fear. After crossing the desert to Nador they await an opportunity to be transported to Europe by their mafia masters. There they are raped and abused and are so fearful they would never run away. Many have forced abortions.

““What was new to me was the trafficking of women against their will, bought and sold as merchandise on order. You have lost your passport, and have no rights, no papers, no destination, living in a state of fear.

““Nigerian women will have gone through the Voodoo ritual, where they are photographed, a lock of their hair is cut off and kept by the master, and they believe they will be cursed for life if they break the conditions of the spell. Even women who want to move on from their slavery will say: I will only feel free when I get back my photograph and my hair.

““The photo is a stealing of your spirit. The hair is a way of keeping someone under your power. So these women are not just physically, but spiritually imprisoned. It made me realise the power of spirits and traditional religion. This voodoo system can hold people in a spiritual prison for years.

Read Frontiers of Fear for information on Jesuit activities in Melilla.

Trafficking in persons is a serious crime and a grave violation of human rights. Every year, thousands of men, women and children fall into the hands of traffickers, in their own countries and abroad and are used for many purposes including forced labour and sex.

Last year, the Santa Marta Group was founded following the Vatican Conference on Human Trafficking that resulted in the Santa Marta Commitment. The group is an alliance of bishops from around the world and international police chiefs. It was named after the Papal residence where the Conference participants stayed.