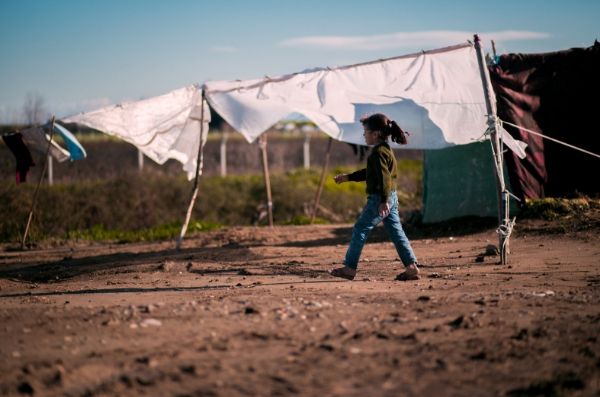 Syrian refugees in Lebanon are being required by law to dismantle all hard structures using materials other than timber and plastic sheeting they have constructed in informal camps by the end of June. The ordered demolitions will have a devastating impact on the lives of more than 25,594 people throughout Lebanon who live in self-build hard structures within informal settlements. In one example, the town of Arsal hosts more than 5,000 Syrian families and 15,000 children who are now facing homelessness.

A statement by the Jesuit Refugee Service (JRS) in Lebanon condemns these severe measures taken by the Government which target the overall Syrian population in the country. JRS has been implementing emergency response programmes in the country since 2012 to tackle the most urgent needs of both registered and unregistered Syrian refugees. The organisation has always emphasised the need for refugees to respect the customs of the host community and its laws. It concedes that some individual actions of refugees do not comply with the domestic law, but sees the legislation as harsh and affecting the whole population.

The Syrian conflict is in its ninth year and the humanitarian catastrophe continues. More than 5.6 million Syrians have fled neighboring countries as refugees and another 6.2 million are displaced within Syria. Half of the people affected are children. Lebanon remains the country hosting the largest number of refugees per capita. According to the United Nations High Commissioner for Refugees (UNHCR) records in 2019, more than 935,454 Syrian refugees are registered with the organisation, though the government estimate of the total Syrian displaced population remains at 1.5 million.

Rights groups say the Lebanese Government is pressuring Syrians to return home by making it more difficult for them to stay. In addition, aid organisations running projects for Syrian refugees are facing hostilities from the host community, where staff members have reported feeling unsafe when they are trying to implement activities.

JRS urges the Government in Lebanon to:

It encourages the international community to: