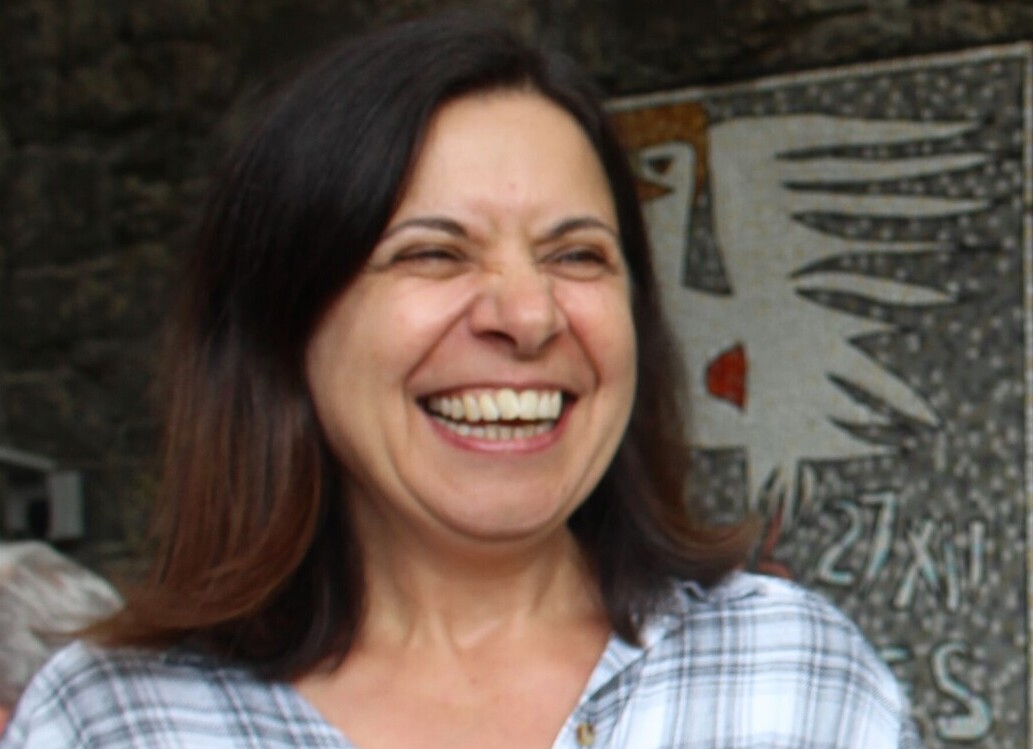 We are sad to share the news that our beloved friend and colleague Winnie Ryan has died. She was a warm and positive person, who will be remembered for her beautiful smile, enthusiasm for everything she did and sense of humour.

For more than a decade, Winnie Ryan was the heart of Irish Jesuit Missions (IJM), brightening the office with her warm smile and infectious laugh. As Finance and Office Manager, she supported and encouraged the whole team, who were inspired by her dedication to her role and her commitment to the people we work with around the world.

Because of her own inherent sense of fairness, Winnie felt an affinity with the work of the Society of Jesus and felt there was a reason why she found her way into the organisation. As someone who hated injustice, she valued the way the Jesuits challenge it. She was also motivated by her sense of responsibility to others, which is a cornerstone of the Jesuit ethos. Winnie played an integral role in IJM in providing encouragement and support for Jesuits and volunteers overseas, something that is as important to the success of projects as providing funding. She summed up her philosophy in her own words, saying “Above all, I believe in people!”

In her ten years at IJM, Winnie collaborated on a host of projects with Irish Jesuits overseas, building lasting working relationships and friendships with the global Jesuit community. One project that she said she got a lot of satisfaction from, involved a visit to Zambia to set up a financial management system for a Jesuit organisation there. She said it left her with a “huge respect for and a real understanding of what it means for a person to be called to service”.

As an advocate for women’s rights, Winnie enjoyed working to help girls and women reach equality in places where they traditionally have had less influence. An inspirational visit to Kenya confirmed her view that education is the key to empowerment for girls and women in developing countries. She said “I met some strong women in the Jesuit project in Kangemi, Nairobi who had been educated from pre-school to third level. As adults they wanted to give back to their former school and to their community. When women become educated their influence on their family and community can make a huge difference. The real changes will follow as their own children become educated. There are some wonderful local women working on community projects and usually behind every successful project there are the women!”

We are heartbroken to say goodbye to Winnie, but her positive influence on our office is felt by all of the staff, every day. We will remember her beautiful smile, energy, humour and enthusiasm for all she did, even as we mourn our loss. We will keep her daughter Julie-Ann in our thoughts and prayers.