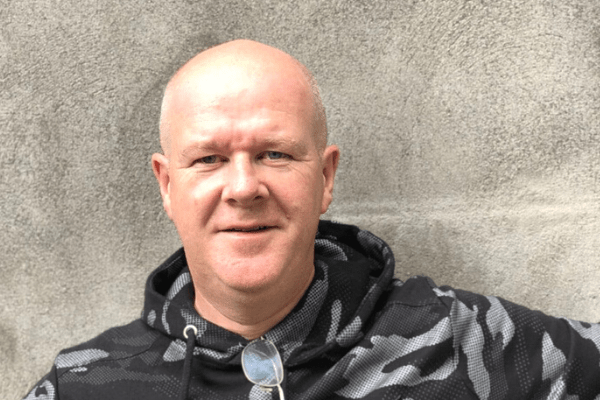 At his farewell party at the Jesuit Refugee Service (JRS) Country Office in Juba, South Sudan, Fr Tony O’Riordan SJ shared a story with us about Alphonsus Rodriguez SJ, a Spanish Jesuit Brother who died in the 17th Century. After his wife and three children died in quick succession he sought to join a religious order, and found himself knocking on the door of the Society of Jesus (Jesuits).

He overcame many challenges on the road to becoming a Jesuit, and spent 46 years as a porter at the Jesuit college in Majorca. For almost five decades, he opened doors to others; welcoming, accompanying, enabling, networking. He appeared to do so with great humility and contentedness. Fr Tony told Rodriquez’s story in the context of thanking everyone at JRS South Sudan Country Office for all the effort that goes into providing necessary supports to JRS field locations in fundraising, finance, logistics, programme management and human resources.

Alphonsus Rodriquez is someone I also admire a lot. In an age where the pursuit of profile and adulation have become like false Gods, the example of one who was content to stand behind a door and welcome, support, connect and accompany without the need to own, drive, control or seek acclaim is a powerful witness of what it means to be poor in Spirit in today’s age.

To me Fr Tony followed the quiet example of Alphonsus Rodriquez. He worked tirelessly, most of it behind the scenes. He was a formidable figure; relentless, incredibly energetic, practical, strategic and compassionate, who achieved so much in his two years with JRS in Maban. He never lifted his eyes from the mission of JRS to accompany, service and advocate for the plight of forcibly displaced persons. He shied away from any publicity or acclaim directed at himself. It was no surprise to me to hear him reference Alphonsus Rodriguez SJ as an example to be contemplated and appreciated.

When I was in Maban a few weeks ago I spoke informally in the usual way with many members of staff. They expressed a sadness and some anxiety about Fr Tony leaving. They talked fondly about his personal care for them during the insecurity in July 2018 which resulted in the evacuation of all staff from Maban for an extended period. Even as he evacuated the whole team, Fr Tony stayed to maintain a presence, protect JRS property, give the message of solidarity with the refugee and host community. His presence in Maban over that period, shared with Fr Pau was a powerful witness to the ‘deep story’ of JRS, the values we profess, what we are about.

On average, two nights a week every week Fr Tony was called from his bed in the middle of the night to drive a member of the host community to hospital. In Maban where a 7pm curfew applies for security reasons this is not an obvious gesture, it is a supremely courageous and compassionate one. Every Easter and Christmas Season Fr Tony was extended to the limits of his physical energies to help deliver liturgies to the parish and its many outstations. Some of these outstations are only accessible by long journeys on foot and across the river.

In July and October 2019 Fr Tony steered JRS Maban and all the staff to safety following two significant episodes of flooding which caused widespread devastation. Our staff in Maban told me many stories of his efforts during that time. How he counted and recounted staff at the gate before relocating them to the UNHCR compound for greater safety.
In the days and weeks that followed the severe October flooding he made sure that all local staff had access to some support from JRS to get back on their feet after their own homes were badly damaged or washed away. I am not sure, but I think it was Fr Tony who introduced the Connect 4 board game to the team in Maban. Soon, it became a craze amongst our staff there, and he lugged a massive sack of Connect 4 games back from Ireland to make sure each staff member got the gift of a game to bring home to their families as they went on Christmas leave.

Under Fr Tony’s leadership the JRS compound in Maban, was transformed to cater to approximately 40 staff. Over the space of two years informal showers, dining hall and living areas have been replaced with more suitable and longer lasting structures. In this effort the safety and wellbeing of our staff in Maban was also greatly enhanced. Fr Tony was architect, project manager and quantity surveyor rolled into one on the initial stages of some of these buildings! He battled snakes and shoddy workmanship to get the job done and done well.
In Maban away from the river hardly a blade of grass can be seen for long stretches of the year, dust storms are a constant, oranges and apples come as a luxury. It is not for the faint-hearted and Fr Tony definitely is not faint of heart!

JRS will always, always need such prophetic figures as he. Will always need people who do not know the meaning of ‘lukewarm’, who call things as they see them, who take no prisoners in their relentless pursuit of the mission to provide access to inclusive education and other supports that can be utterly transformative to the lives, wellbeing and future prospects of people displaced.

The challenge for JRS now and always is to find ways to hold in tension the gifts of singular, prophetic individuals like Fr Tony who bring so much vision and energy, with the need to continuously invest in building a shared vision and accountability for the mission across the entire JRS team.

It is the only way to ensure quality continuity for the future. People like Fr Tony help to ensure in our efforts to strengthen important systems and processes that we don’t become too self-referential, that we never become enslaved to these systems and processes, bound up ultimately in our own fears or egos, letting our eyes drop from the core mission at hand.
We thank him sincerely for his immense contribution, and wish him well on the road ahead.