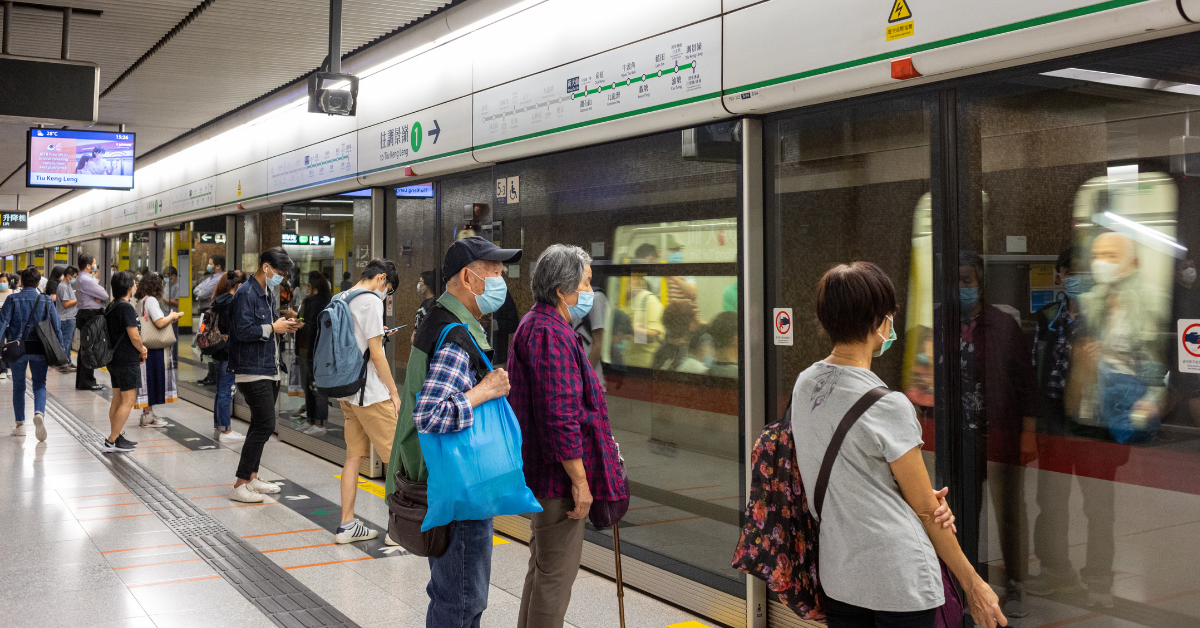 A member of the Jesuit Hong Kong community has updated us about the changes that the virus has brought to the island, which is overshadowed by the news of increased Chinese government restrictions. For security reasons, he cannot use his name, but we thank him for this article.

‘A few days ago I came across a comment in an English-language newspaper that attributed the way in which Hong Kongers deal with the Covid-19 outbreak to their ‘conformity’ and obedience to authority. Although these stereotypical assumptions may not be malicious in intent, they are inaccurate and do not reflect my experience of living here.

Just yesterday, a woman I spoke to at a parish meeting laughed as she recalled what had happened when she had forgotten to wear her mask on the journey there. People on the bus looked at her quizzically, reminding her of her mistake. Another person told me that on the way into the building the doorman had reminded him to put his mask on. Trivial incidents, but ones which indicate the true Hong Kong spirit which is that we are all in this together and each of us is our brother or sister’s keeper.

In Hong Kong we have great experience of preventing the spread of disease, particularly during the SARS epidemic in the early 2000s, which gave us a ‘practise run’ at being careful and considerate of others without any objection to infringement of personal freedom. This ‘conformity’ has kept our numbers of infections and deaths, overall, quite low. It has also made hand-washing and sanitising part of daily life. Needless to say, unenlightened politics have had an obstructive influence on some aspects of the anti-Covid battle. Our Chief Executive [head of local Government] was rather slow to close the border with mainland China to control infected travellers, citing our ‘special relationship’ with the mainland.

As for the future, economic recovery is, of course, an important element. But the most worrying element is the future political reality of the territory under the new National Security Law imposed recently by Beijing. This, in effect, gives more control over Hong Kong affairs to the Central Government in China which has questionable intent in fulfilling international agreements about the degree of autonomy to be enjoyed by Hong Kong following the return of the territory to Chinese sovereignty in 1997. There was a great exodus from Hong Kong in the years before 1997 and another exodus is slowly developing. Where there is no or very little hope, an exodus is inevitable. The agreement of 50 years of ‘no change’ has become as much change as Beijing wants.

Covid-19 restrictions have of course affected religious services and activities but the online Zoom app has proved to be a great boon for overcoming problems of gatherings. On Sunday evenings in my small chapel here in the Jesuit residence, I celebrate Mass with three or four Christian Life Community members and their children. We broadcast the Mass by Zoom for my family in Derry and some Chinese friends in Dublin.

I now get to see my family and chat with them once a week instead of once in four years on my infrequent visits to Ireland. It is indeed an ill wind that blows no one any good!’