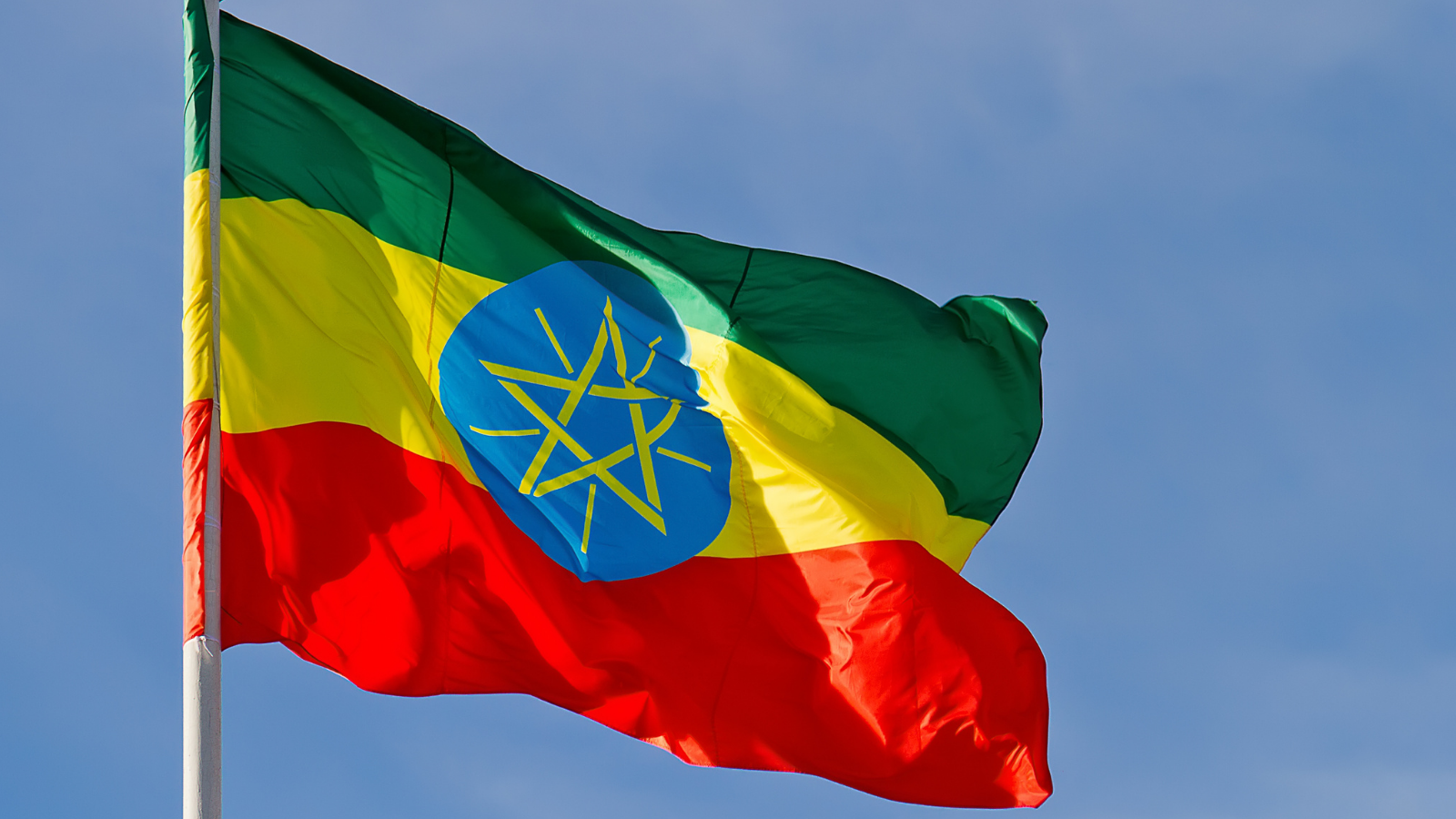 Ethiopia has had a complicated history in a region that has seen much conflict down the years, especially among its neighbours in Eritrea, Somalia and Sudan.  Kevin Carroll gives us an insight into its history, to give context to the present conflict which is causing a humanitarian crisis in Tigray.

Ethiopians are a proud and cultured people who can claim one of the world’s oldest written languages, Ge’ez, from which a number of other languages in the region derive.  Judaism is believed to have been practiced in Ethiopia before the adoption of Christianity as the State religion of the Axumite Kingdom in the 4th century.   Ethiopia is justifiably famous for its long Christian tradition, including its rock hewn churches in Lalibela which date from the 12th century and St Mary’s church in Axum which claims to hold the Ark of the Covenant.

The current Ethiopian State was consolidated during the 19th and 20th centuries, as European powers encroached into its traditional domain.  However, apart from these encroachments, Ethiopia was never colonised.  It prides itself as the only country in Africa to successfully resist colonialism after defeating an Italian invading force at the battle of Adwa in 1896.   The Italians subsequently invaded again in 1935, deposing Emperor Haile Selassie who fled the country the following year.  Italy’s rule was short-lived however, surrendering during World War II to Britain in 1941.  Haile Selassie was reinstated as Emperor and ruled Ethiopia until 1974, including Eritrea, which he had annexed in 1961.  He was deposed in a military coup following a disastrous famine.

The pro-Soviet military junta known as the ‘Derg’ ruled Ethiopia from 1974 until 1991, one of the darkest periods in the country’s recent history. The Eritrean struggle for independence, which had begun in the 1960s, gathered significant momentum, especially following the establishment of the Tigrayan Peoples’ Liberation Front (TPLF) in 1975 which was demanding regional autonomy in Tigray.

During this period, the Derg launched the infamous ‘Red Terror’ campaign against its political opponents when tens of thousands of Ethiopians were killed or imprisoned.  Ethiopia also engaged in a war with Somalia in 1977.  During the years 1983-85, the Derg presided over Ethiopia’s worst famine in a century which led to the deaths of over one million people, a massive exodus of refugees to neighbouring countries and the forced resettlement of thousands of Tigrayans and Eritreans to other parts of the country.

In 1991, a coalition of forces under the banner of the Ethiopian Peoples’ Democratic Front (EPRDF), but primarily led by the Tigrayans, overthrew the Derg.  Eritrea became independent in 1993 and a new constitution was agreed the following year, dividing Ethiopia into 10 ethnically based regions.  However, a continuing border dispute with Eritrea led to further conflict which was only resolved in 2018.

Since the early 2000s, the country enjoyed rapid GDP growth averaging more than 10% as the State promoted a gradual shift away from agriculture in favour of the industrial and service sectors.  Nevertheless, the agriculture sector, which still accounts for 80% of all employment, remains the major source of growth today.  While significant progress has been made in reducing poverty, this has been undermined by the high population growth rate, internal conflicts, land degradation and the country’s continued vulnerability to natural disasters.

Ethiopia is the dominant power in the horn of Africa, one of the most strategically important but volatile regions in the continent.  It is the second most populous country in Africa, with an estimated population of approximately 115 million that is still growing rapidly.  The country comprises more than 90 distinct ethnic groups living in 10 ethnically based regional states.  The largest ethnic group is the Oromo, followed by the Amhara, Somali, Tigrayan and Sidama.  Sadly, ethnic conflict continues to be a persistent challenge in Ethiopia to this day.

Tigray was the most influential group in the governing coalition until 2019 when it refused to merge with the newly established countrywide Prosperity Party that had been set up to move Ethiopia away from ethnic politics. National elections were postponed until 2021 due to the Covid-19 pandemic but Tigray argued that the constitutional term limit of the government, led by Abiy Ahmed expired in October.  Tigray proceeded to hold its own elections for the regional parliament in September 2020 in defiance of the government which declared them illegal.   Mediation efforts failed and conflict broke out in November.

Federal government forces, who were also being supported by Eritrea, captured the Tigrayan capital Mekelle on 28th November, after which Prime Minister Abiy Ahmed declared the Tigray operation ‘over’.  However, the TPLF stated in late November that it would continue fighting.  Reliable figures on the number of fatalities are difficult to confirm but thousands are said to have been killed in the fighting.  There have been reports of mass extrajudicial killings of civilians in Tigray by both sides of the conflict during the months of November and December, including an alleged massacre of 750 at the world famous church of St Mary in Aksum which is sacred to Ethiopian Christians.

The Prime Minister, who received the Nobel Peace Prize in 2019 for securing peace with Eritrea, has been criticised for his heavy-handed approach to Tigray. Since the start of the conflict, communications and travel links have remained severed with the Ethiopian government strictly controlling access to the region.  There have been allegations that it is deliberately hindering relief efforts.  The latest situation report from UN OCHA[1] estimates that over 2.2 million people are in need of emergency assistance.  Over 60,000 people have fled to neighbouring Sudan.  Covid-19 outbreaks are also feared as refugees fleeing the conflict are sheltering in crowded camps.

The UN has warned that Eritrean refugees in the Mai Aini and Adi Harush camps are in desperate need of supplies and harassed by armed gangs. Some are said to have been forcibly repatriated.  Access continues to be denied to two other camps, Shimelba and Hitsats, which have been set ablaze. Many of the camps’ residents are believed to have fled marauding Eritrean and Amhara militiamen.

The Head of the UN Refugee Agency, Filippo Grandi, who visited Tigray in January said that the humanitarian situation there was extremely grave, indicating that the main priority was gaining access to the areas affected by the conflict.  Some 16 UN agencies and 25 NGOs have applied but so far humanitarian assistance is still limited with aid workers still unable to access most rural areas where people need it most.
There are also concerns that the tension in Tigray could spread to other parts of the country, as well as impacting further on neighbouring countries. In addition to this conflict and the devastating impact of the Covid-19 pandemic, Ethiopia has been badly affected by one of the largest locust outbreaks in recent history, as well as the continuing impact of climate change.  Over 21 million people in the country are already in need of humanitarian assistance, second only to Yemen for the total number of people in need in 2021.  The International Monetary Fund is now estimating that GDP growth in Ethiopia will drop to 0% in 2021.

Many saw Abiy Ahmed’s elevation to Prime Minister almost three years ago as the start of a promising new era in Ethiopian politics.   But his inability to foster peace in this diverse and complex country raises questions, yet again, about Ethiopia’s capacity to stay united and thrive economically.