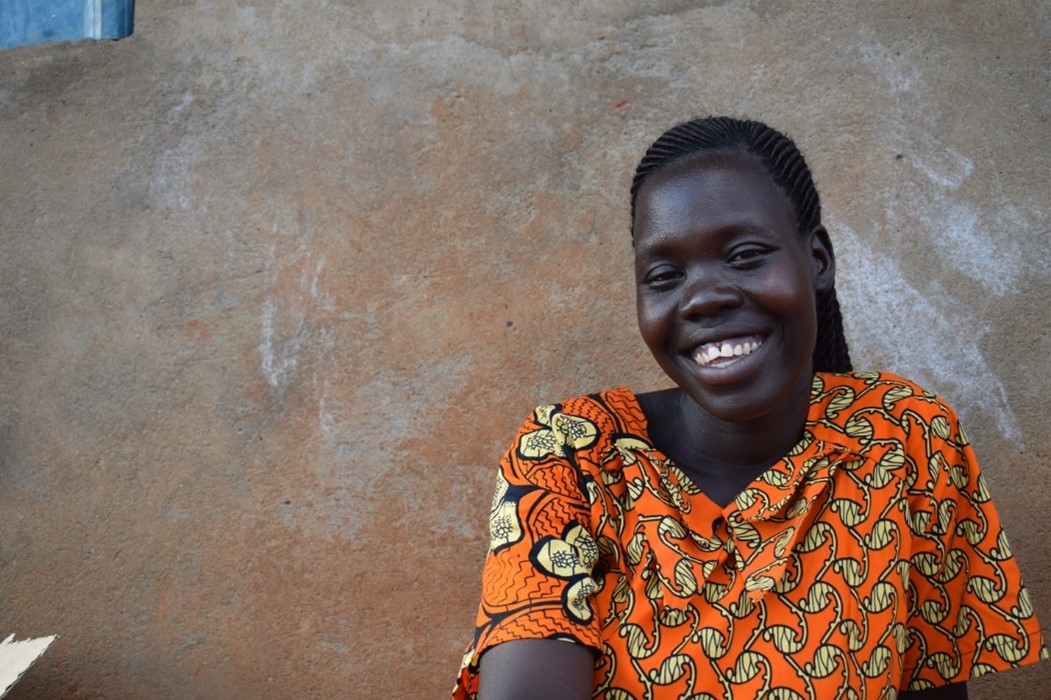 Utua Lily* looks on as her infant daughter plays on the classroom veranda. Her smile is quick and easy. Lily is a primary four teacher at Tandala Primary School and a resident of Pagirinya refugee settlement in Adjumani District, in northern Uganda.

“I fled from South Sudan in July 2016 with my older sister and her six children.” At that time Lily lived with her mother in Molituku, Payam District, South Sudan, who later joined them in August that year.
When the conflict started in Juba in 2016, Lily and family had to leave the country.

“The journey to Uganda was long. There were no vehicles on the way and we paid a lot of money for the lorry that took us to the border at Elegu. We left everything behind and when we arrived, there was no home for us and it was rainy season.”

Lily describes her first weeks in Uganda as tough, on arrival at the Elegu border, they were registered by UNHCR and issued a card, relief items and then taken to Nyumanzi refugee settlement and later brought to Pagirinya refugee settlement.

“In 2018 I got married and now I have a one-year old daughter. My husband and I both live in Pagirinya and I have been teaching in Tandala Primary School since 2016.” Tandala Primary School is a community school and Lily says one of the biggest challenges she has faced this year is that she has not been paid at school.

“I got to know about JRS in 2020 when we were invited for a training on psychosocial support as teachers. The training organised by the JRS Mental Health and Psychosocial Support Team focused on teachers, parents and youths based in the refugee settlements, on how to counsel people and children.”

JRS works with teachers and parents support groups and youth ambassadors in the various settlements to provide psychosocial support, guidance and counselling to the refugee and host communities.

Lily appreciates the training as she found it very vital given the situation they face as refugees and psychosocial issues that come with it. She has however not had much opportunity to put it in practice as her pupils have been home since the lockdown was declared.

“I don’t want to go back home as yet. We keep traveling back and forth every time we think that the situation has been resolved, but it is not yet stable. If my country becomes stable and there is no more war, I will go back.”

Lily’s desire is for her children to study. She says that no matter how hard the situation is, one should bear and believe that things will get better.

(*It is Ugandan custom to use the person’s surname first.)

With thanks to Christina Zetlmeisl and JRS Eastern Africa