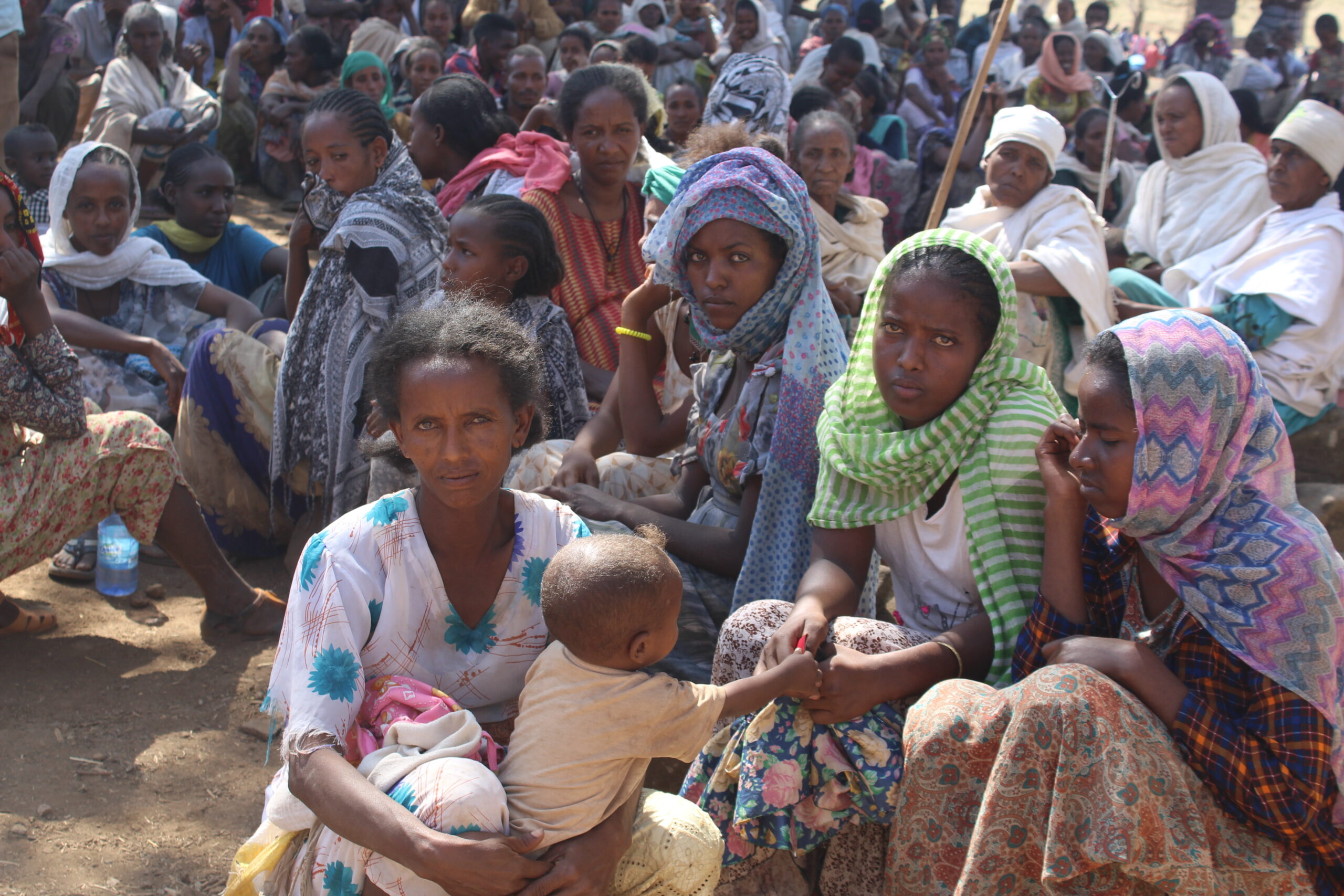 At the end of August, IJI released a statement of solidarity to the thousands of innocent people suffering a civil war leading to mass displacement and extreme hunger. Last month it was hoped that peace talks would bring about a ceasefire and an end to the violence purging the Northern region of Ethiopia, Tigray, which borders Sudan and Eritrea.

Sadly, the violence has escalated leaving vulnerable communities desperate in famine-like conditions and in constant fear of violence. The violent conflict in Tigray is an immense humanitarian crisis – thousands of civilians are without enough food, shelter or clean drinking water. It has disrupted essential supports and services for elderly and vulnerable people and impacted the supplies of medicine and access to healthcare.

Before the start of this conflict in 2020, more than 96,000 Eritrean refugees were sheltered in Tigray, mainly in the four refugee camps in the western part of the region: Mai-Aini, Adi-Harush, Shimelba and Hitsats. When fighting broke out early November 2020 between the Ethiopian National Defense Army (ENDA) and Tigray People’s Liberation Front (TPLF), it resulted in civilian deaths and the displacement of thousands of Eritrean refugees sheltered in the four camps and urban areas in Tigray, creating a severe humanitarian and protection crisis.

The Jesuit Refugee Service of Ethiopia since then has been working to meet the needs of this already vulnerable community but the situation has grown more dire.

Throughout the conflict, civilians have suffered most as witnesses have reported many human rights violations of massacres, ethnic cleansing and widespread sexual violence which are to be officially reported and confirmed by a UN-led investigation to be released later this month.

IJI take this opportunity to share a letter from our friend and Regional Coordinator of the Daughters of Charity in Mekelle, Sister Medhin Tesfay. In the letter is her plea for an end to violence and she recounts harrowing testimony of the widespread violence.

We share this letter in solidarity with the civilians of Tigray and do so to share the voice of the suffering voiceless:

Please pray for us and be our voice

This is a letter I am composing with a burdened heart filled with much concern and sadness over the new development I am about to share. Since the dawn of 24th August dark clouds loom over Tigray because war has broken out once again and this afternoon, we had an airstrike in Mekelle killing innocent children in one of the schools.

As you know, there had been countless reports of atrocious violations on human rights after the war that broke out since 3rd November 2020. And afterwards the people of Tigray had suffered under a stifling blockade unable to access critical provisions like food and medicine. In silence, months have passed with each day bringing new horrors forever marking the minds of innocent civilians who got caught up in the tide of such a hate filled attack.

This is beyond words and comprehension, and so hard to imagine that so very little can be done to stop it from happening again, for calmer minds to prevail and enforce order where there is none to be had.

Now, war seems to have been ignited once again, undoubtedly rearing to claim the lives of many young souls who could have contributed for the betterment of humanity.

As Daughters of Charity, we have joyfully forgone conveniences and pleasures to devote our lives in services of the poor. And with such an awesome responsibility we were, and still are, driven to improve the lives of the poor as much as we could. We had been joyous, feeling safe under the watchful eyes of God and the international community that would not abide with such unthinkable acts. It had not even been within our realm of thought that such horrific conditions could come to pass.

It is, in this day and age, painful to watch the poor we treated with much love succumb to hunger, while food sits just beyond their reach. I cannot imagine how they will survive after the hardships that they had endured. And with all the support structures they relied on for their daily sustenance no longer able to provide them with support when they need it most, I am afraid that the death toll is going to be monumental.

I beseech you to pray on our behalf, and become our voices as we are about to be silenced once more. In the name of the poor, please advocate for this madness to end, as your support is critically needed right now. This is the juncture from which there will be no return, and in such time, it would show how humanity could prevail over injustice and cruelty.

Please continue your efforts to reach those in need, and know that we will continue to endeavour to find ways to establish contact and if possible open the doorway for the poor to get support.

If, worst comes to pass, and communications are completely cut off, kindly know that we will be on this side of the world trying our best, with prayers and efforts to serve our community by exploring all options available.

If you would like to donate and help us continue to support the vital humanitarian work of our peers in Ethiopia, you can do so by clicking the link below: