On the 26th of October, Student Council representatives took part in the first ever Jesuit Schools Leadership Conference in Tullamore, Co. Offaly. The aim of the day was to help students understand the concept of leadership in line with Jesuit teachings in order to become Men and Women for others.

The event consisted of three 45 minute seminars and workshops where themes and topics centred around leadership and compassion for others was put in focus: 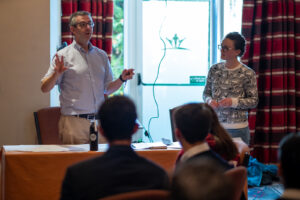 Collective change: Organised by Kevin Hargaden and Ciara Murphy from JCFJ, this workshop focused on Change Theory. Centred around climate action, the workshop advocated for collective change as opposed to individual efforts in making the world a better place. Although individual actions were important, it is through meaningful collective action that change and impact is more effective – amplifying the voices and shared values of all united by the same goals. 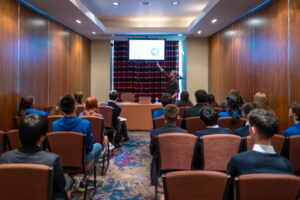 Forgotten crises: Organised by Joe Munnelly, Communications officer from IJI, this seminar focused on global humanitarian issues and how forgotten crises still happening around the world are often overshadowed and don’t get the recognition they deserve. There are tragedies taking place at the moment in countries such as Tigray, Yemen and Darfur which are practically unheard of in today’s generation. The seminar also spoke about media bias and the importance of being well-read and critical thinkers. 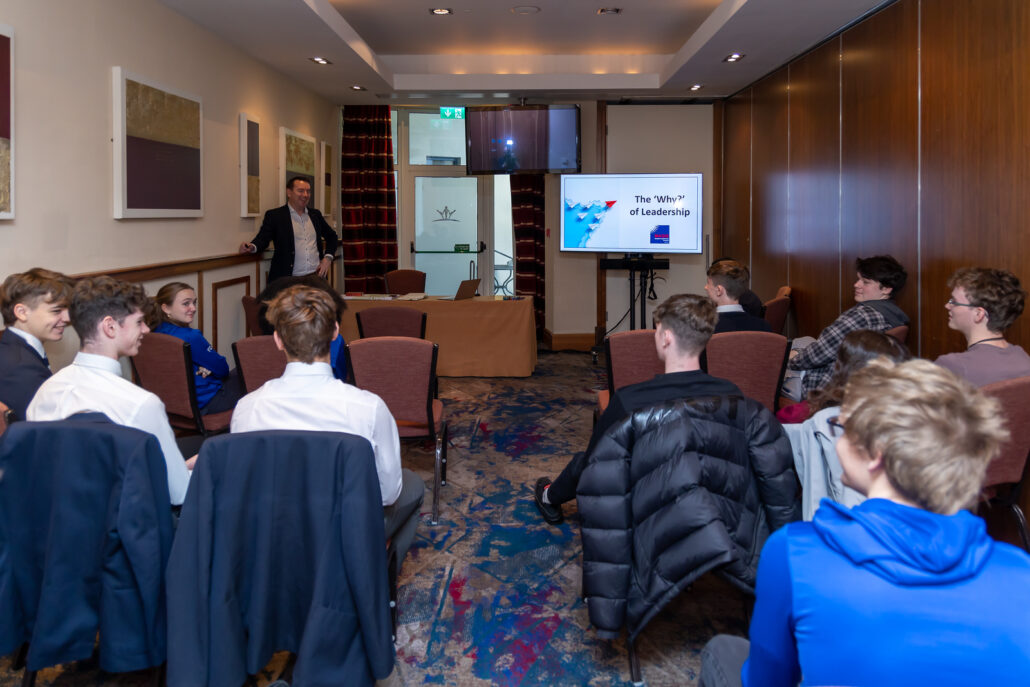 Leadership: Organised by Jonathan Tiernan, Director of Jesuit Education, this workshop got students to think about what leadership meant to them and discussions around the qualities and traits that made good role models and leaders. 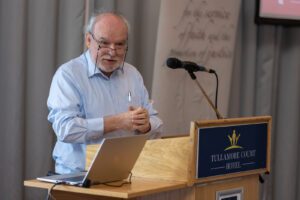 John Guiney SJ as keynote speaker launched the event speaking to students about the importance of not being bystanders and to step up when and where justice, peace or simply a supportive ear was needed. John spoke of the impact of Ignatian spirituality in living lives of compassion for others and the drive to light up the world with fires of peace and love.

After the workshops and seminars, the summit held roundtable discussions and the conference came to a close with the final keynote speaker, Aifric Keogh, Colaiste Iognáid graduate and Olympic bronze medallist. Aifric spoke of the determination and hard work needed to achieve life goals and the importance of teamwork and friendship in elevating and supporting one another. 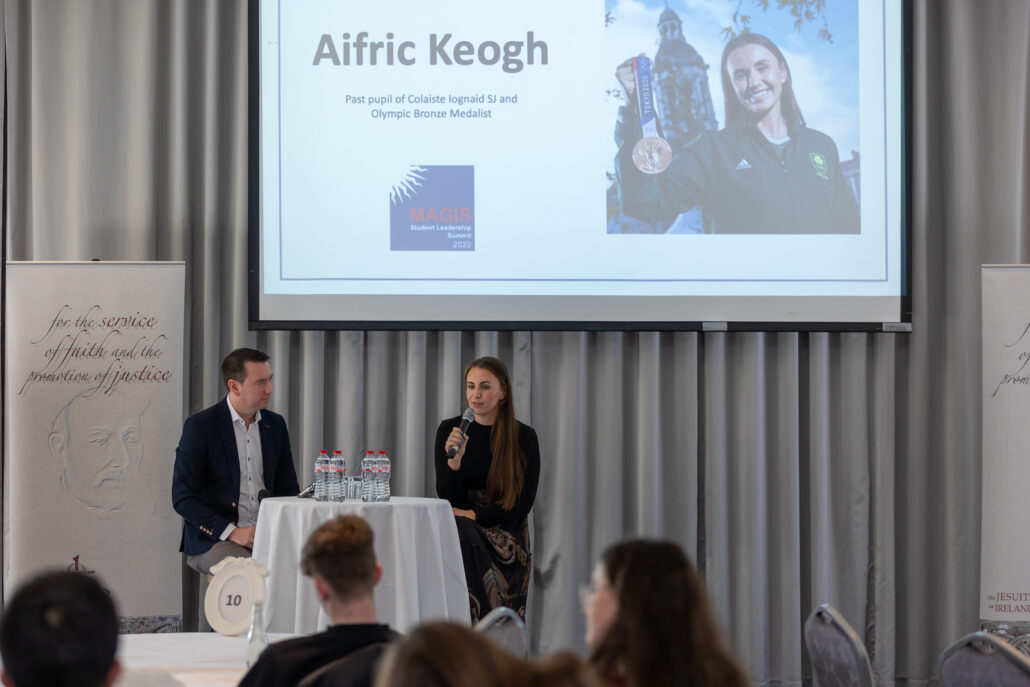 I sat down with Jonathan Tiernan, Director of Jesuit Education and one of the organisers of the MAGIS leadership conference:

Why a leadership summit? How did this idea come about?

The Leadership Summit was a day that we set aside for student leaders in our schools to; reflect on what leadership is, interrogate why they are motivated to lead, and also gain inspiration from experienced leaders from various Jesuit apostolates. The idea was Julie O’Sullivan’s, the Student Council Co-ordinator in Coláiste Iognáid and the Education Desk was more than happy to get on board and help make it a reality.

What is special about Jesuit leadership? What do we mean by that?

Jesuit leadership draws from Ignatian spirituality, and while emphasising leadership for action it is also focused on forming Men and Women for Others, in the words of Father General Arrupe.

What do you hope students have gained from taking part?

I hope that they made a connection with students from the other Jesuit schools, and felt that sense of being part of the larger Jesuit network. I also hope that the day provided them with a space to reflect on their own leadership journey and how, through their leadership example, help to make their school, their community, and our world a better and more just place.

How was it? Hopes for future events?

We had a really great day, and based on the evaluations the students enjoyed all the talks and workshops. As I told the students on the day, this was our inaugural event, which means it was the best one we’ve ever had!! I look forward to building on the event next year.