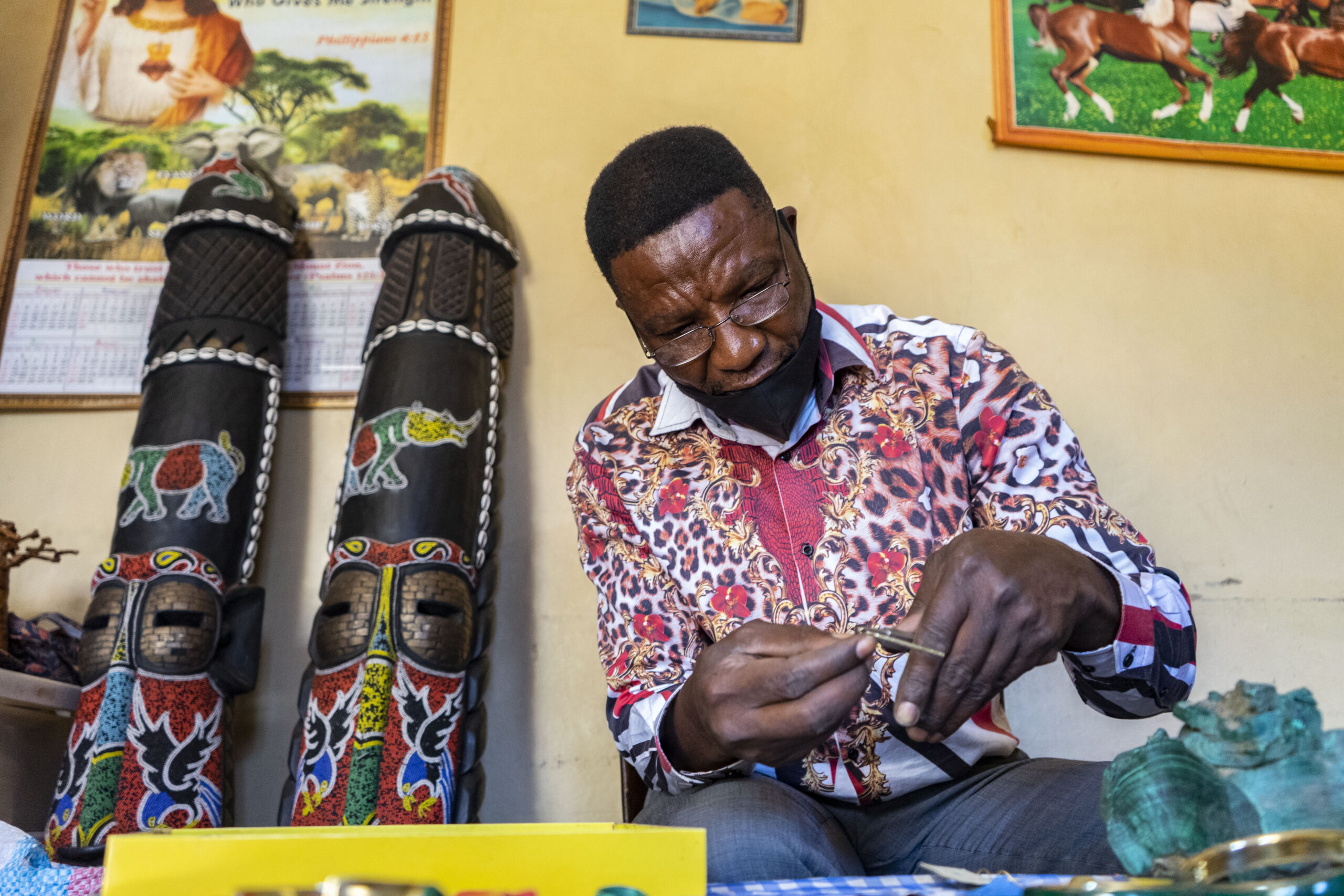 Ngongo is a 52-year-old Congolese refugee living in Nairobi. He escaped the Democratic Republic of Congo (DRC) in early 2000, running away from political persecution as he belongs to the extended family of one of the regime main opposition leaders.
As his own life was threatened, he had to escape the country.

He walked to the border with Uganda, where he could take a lorry that brought him to Nairobi, where he resides today. Once in Kenya he met a Kenyan woman and later they married and he fathered four children.

“I would like to return to my country, of course. But I will only be able when insecurities end, and that is not yet the case. Now, I cannot go. In Congo, people die every day, since the beginning of times… by famine, by violence, by the war…. There is no way for me to go back” he tells us.

He did not travel to Kenya alone, but accompanied four children, his nieces and nephews, also fleeing persecution. One of whom was killed in Kenya in 2007 during post-electoral violence. When being asked about his sister, he says he has had no communication with her since they fled Congo, where she stayed.

“I don’t even know if she is still alive…. I have not been able to be in touch with her ever since”.

Ngongo defines himself as a designer and an artisan. He started crafting wood and making wood furniture when he arrived in Kenya, and in 2005 he started learning jewelry skills thanks to Jesuit Refugee Service (JRS) training. He knew about JRS in 2003, when he started producing wood items for the Mikono Refugee shop. It was only a few years after when he learned the jewelry skills and JRS could provide him with the working tools, so that he could begin selling his jewelry crafts. Currently, he has a workshop where he carves wood and a room in his house where he works on the jewels. 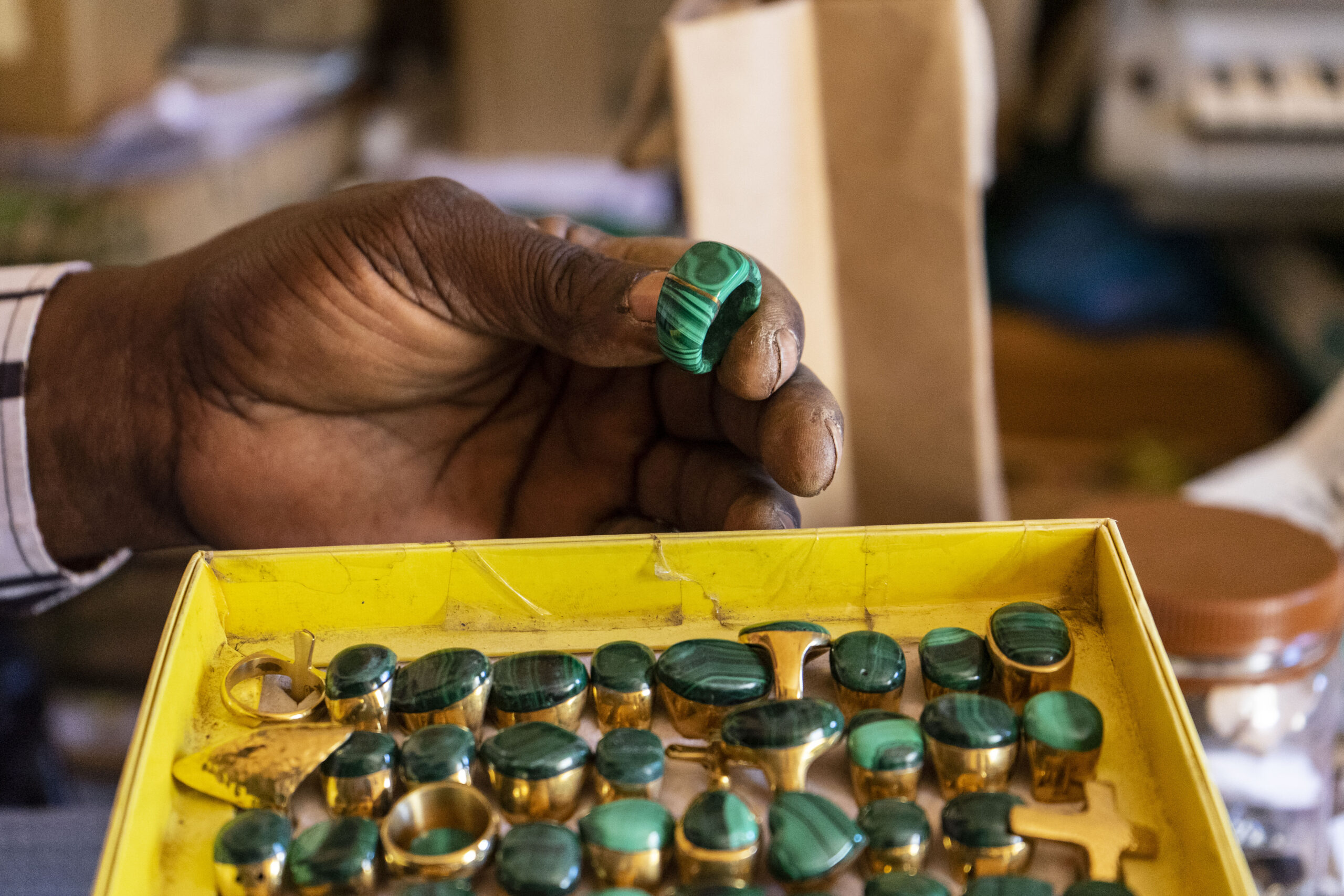 One item that characterises his jewels is the use of the Turquoise rock, original from DRC. The beautiful color of the rock and his amazing skills result in unique, gorgeous jewels, like necklaces, earrings, and rings. He puts his soul in every piece he makes. He ensures the use of quality materials that cannot harm the skin and will not break or deteriorate.
“The money I receive by selling my items in Mikono through JRS is very, very helpful to me… I use it to pay the school fees to my children, the rent, the food… I am very grateful to them and to all those who buy my products.”

“I really thank the people who, through JRS, has purchased my items. It’s been already nearly 20 years bringing my items to JRS and Mikono has helped me a lot. Also, in Corona time they were very supportive… they always walked with me.”

When asking him what he wishes for the future, he talks about his children. He wants them to pursue major education and to become professionals in the future.
“I thank Mikono clients, and I pray for JRS to continue doing the job they are doing with us… Thank you.”