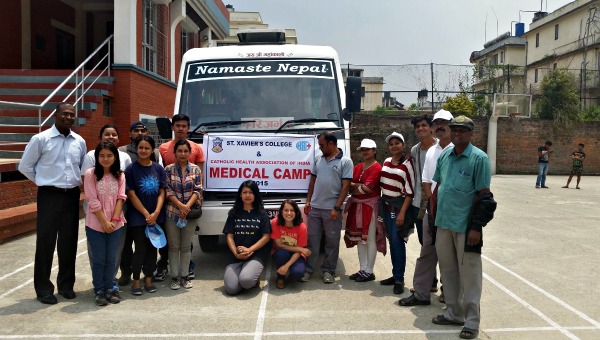 “Namaste” is an ancient Sanskrit greeting still in everyday use in the Nepal Himalayas. It means, “I bow to the God within you”, acknowledging that we are all created from the One Divine Consciousness.

In the spirit of Namaste, the Jesuits and St Xavier volunteers in Nepal are continuing their massive tasks assisting medical teams and bringing food and shelter supplies to remote villages that were devastated in the Himalaya Mountains. 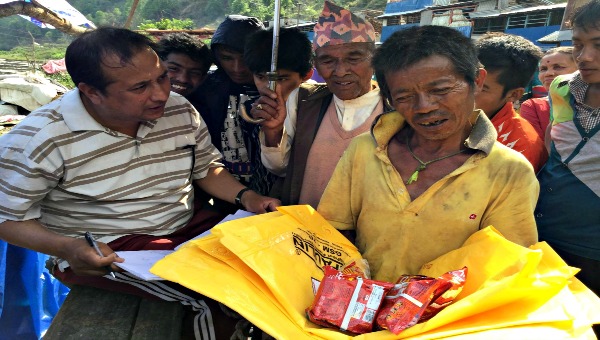 Getting supplies to people and collecting data are ongoing tasks

The second earthquake and strong tremors of 12th May have increased the urgency and difficulty of their work. Fr Samuel Simick SJ describes the effect it had on morale the following day:

“Yesterday’s tremors were more than tremors. They shook the confidence that was slowly building in the people to rebuild and resettle in the houses. When the first tremor hit, the Jesuits together with the school committees were planning for next step in rebuilding schools in the VDC. The meeting was dispersed because the tremor, we could not finish … all ran to see if any damage has been caused in their homes or to their kith and kin. We shall wait for another time for the meeting.” 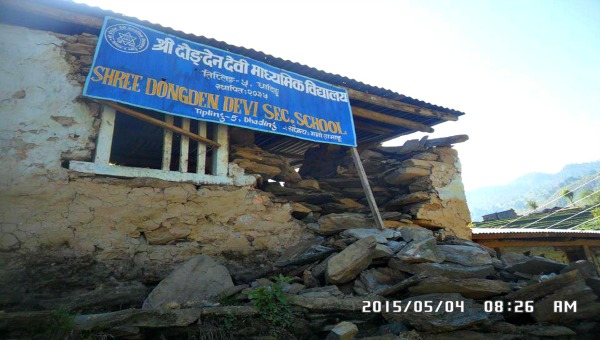 One of the schools to be rebuilt

Fr Samuel is in Tipling and reports that things do not move as smoothly there as in other places.

Food supplies are getting low, the shops are emptying and the trails that used to carry goods by mule no longer exist.

The weather is cold and wet, and as the rainy season approaches with heavy rains and hailstones, people fear landslides as a result of cracks caused by the earthquake.

Strong temporary shelter is needed. They need engineers, builders, laborers and building materials to help the people rebuild their homes and their lives.

“We need all the assistance that we can get, immediately.” says Fr Samuel.

Update on 4th May 2016, Irish Jesuit Missions supporters contributed almost €10,000 to the Nepal Earthquake appeal. Thank you so much for your generosity. 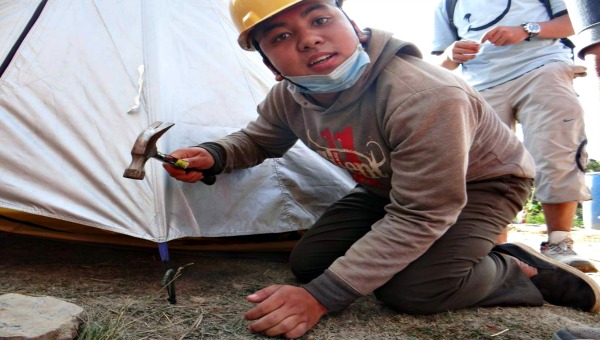 A St Xavier volunteer pitches tents for the people

For more updates from Fr Samuel SJ and the Jesuits in Nepal see: