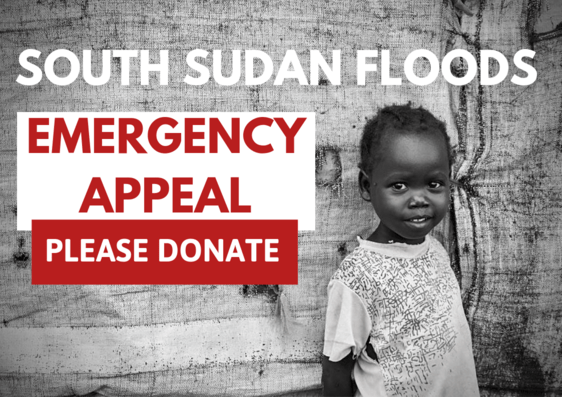 Devastating flash floods have displaced thousands of people in Maban, South Sudan, where Irish Jesuit Tony O’Riordan SJ and his team in the Jesuit Refugee Service (JRS) are based.

Lives have been placed in danger as people are cut off from food and shelter. The risk of disease is increasing as water levels create a sanitation crisis. Essential humanitarian aid in the region has been severely curtailed as roads are impassable and the premises of JRS and other NGOs have been badly damaged. 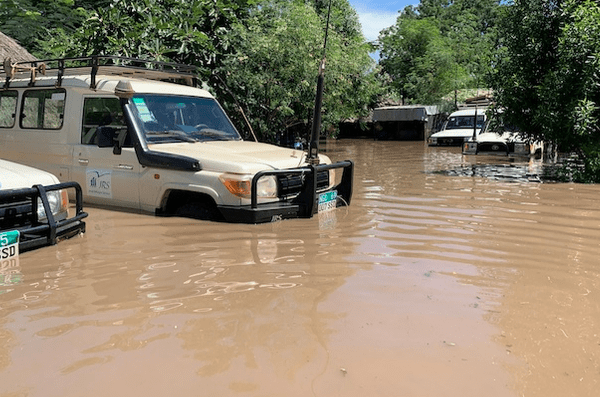 Last week, heavy rains, said to be the worst forty years, led to water levels in the area rising very quickly. Maban and much of the surrounding region of Bunj were submerged. At 2am on Thursday morning (10th Oct), water entered the JRS Compound, flooding the classrooms and student sleeping areas. The flooding affected movement around Maban and left some people stranded. Humanitarian activity in the region was curtailed as all refugee camps were cut off due to sections of the access roads becoming too dangerous to cross. The airstrip was also under water affecting the transport of food and essential supplies to the region, and UN aid vehicles were unable to reach refugee camps as roads were impassable.

The JRS team and students of the centre were working together to overcome the challenges this presented. Refugee students were staying in the JRS compound until the road was made safe, along with local staff members who were displaced. By Thursday evening, water levels had begun to fall, and the rain had abated, giving hope to all in Maban that the worst was over.

However, just a few days later, on Monday (14th Oct) the situation had significantly worsened as more rain had fallen. Water levels in the Jesuit Refugee Service (JRS) compound were more than a metre high, meaning that the premises and all vehicles were beyond use. O’Riordan reported that land in the immediate vicinity of the compound was “a disaster zone”, and an emergency was declared. The humanitarian crisis deepened as thousands of displaced people looked for any high ground or patches of dry land to escape to, while aid in the region is badly affected as NGOs evacuate their staff for safety. 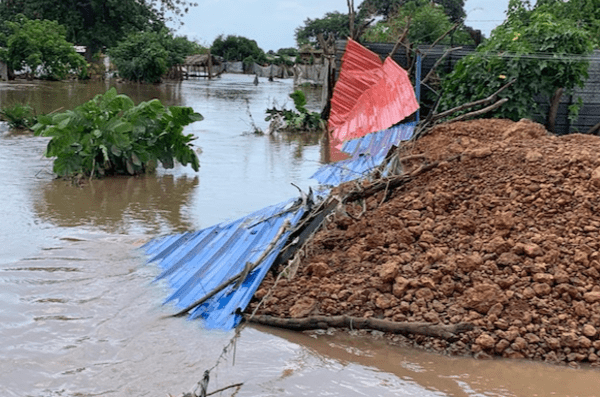 The effects of climate breakdown are increasingly evident in South Sudan, with extreme weather events, and irregular rainfall patterns causing droughts and flooding. Due to the country’s instability, poverty, low literacy rates and persistent food insecurity, the country and its people are very vulnerable to climate change. Because of a heavy dependence on agriculture, its livelihoods and food supply are particularly vulnerable to the effects of climate change and it is poorly equipped to cope with the chaos caused by crises like this one.

Maban is close to the border with Sudan, and has hosted refugees since before South Sudan gained independence in 2011. It is currently home to more than 150,000 refugees and internally displaced people. This population is heavily reliant on aid from humanitarian agencies and is extremely vulnerable. Jesuit Refugee Service in Maban runs teacher training, education and literacy programmes to enable people (from the refugee camps and the host community) to work towards self-reliance. It provides accommodation for students to make it possible for them to attend their classes The flooding means that the JRS compound is closed for the moment, until significant repair work has been carried out.

This is the second time that classes have been disrupted and aid work halted in recent times. In July 2018, the compound was attacked and vandalised, causing serious security concerns and a loss of computers and exam results. Tony O’Riordan SJ stayed in Maban after the attack to ensure that the compound was made secure and classrooms were repaired so that the students could return as soon as possible. This time, he and seven JRS staff members remain in the compound to begin the restoration of the property. Other NGOs in the region have evacuated more than 100 staff members.

O’Riordan said of the current crisis “It is overwhelming to see the scale of need, but what concerns me most is the terrible combination of flood, inaccessible populations, hunger, sickness and a reduced capacity to respond. However it is heartening to come from a meeting now with our local psychosocial staff, who are themselves affected badly by the flood but who are ready and willing (and eager) to go among the people in the name of JRS and listen, and do a needs assessment.” 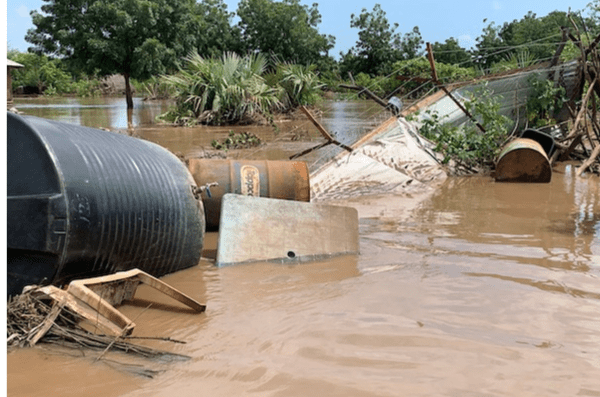 A lack of access to shelter and food, coupled with a looming sanitation crisis caused by the flooding, is an immediate threat to thousands of people’s lives. Two people have already lost their lives, and another eight are missing. The situation is now critical and people need help, fast. Irish Jesuit Missions and our partners Jesuit Refugee Service are responding to this crisis.