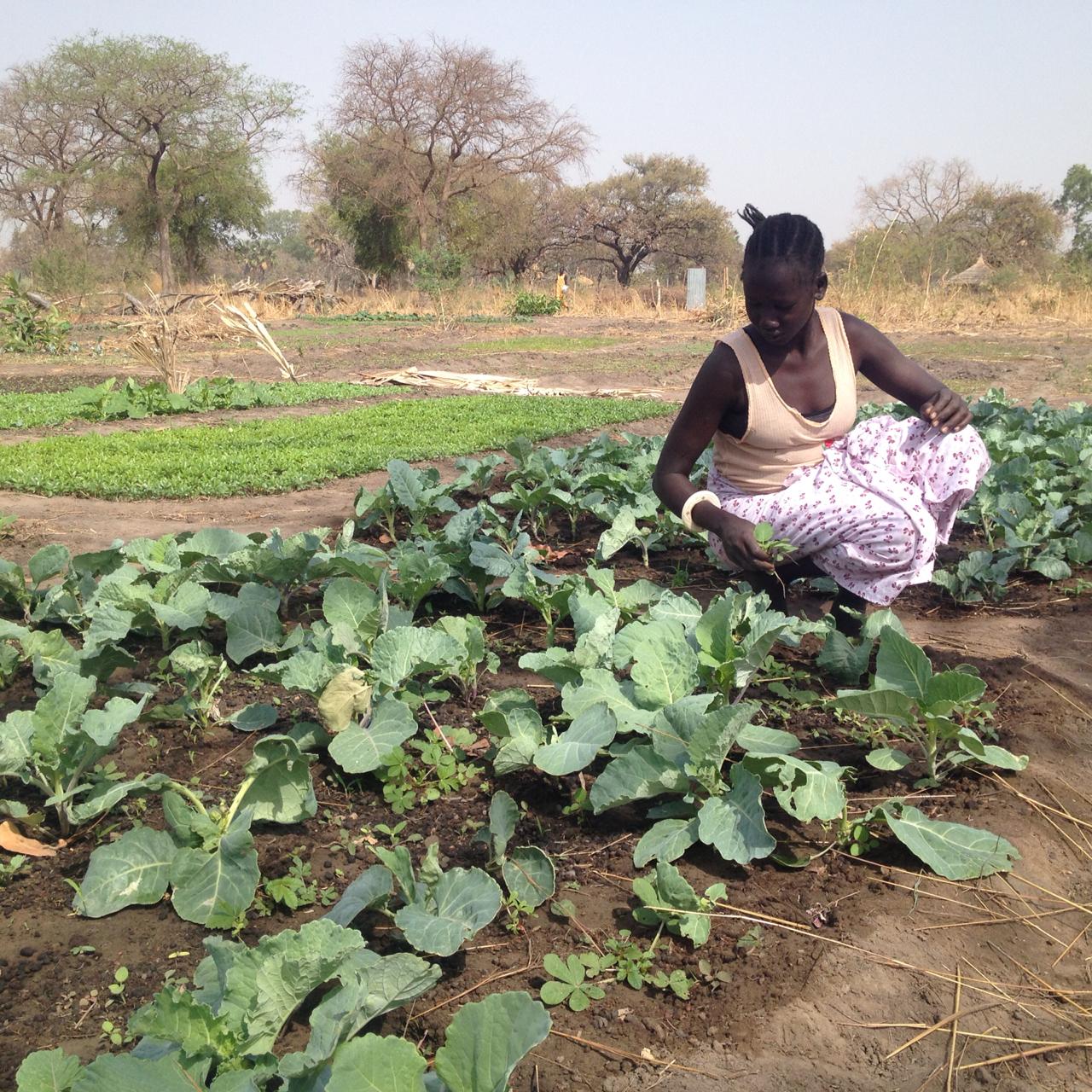 Tim Flynn, Irish Jesuits International’s Roving Monitoring and Evaluation Advisor has lived and worked in East Africa since 1999. Over the years he has seen first-hand and heard stories of how people’s lives have been impacted in significant ways by missionaries – in particular Irish priests, brothers and sisters.

Visit to MAJIS in Rumbek

In November 2020 I visited the Multi-Educational and Agricultural Jesuit Institute in South Sudan (MAJIS). Since this programme started in Rumbek, hundreds of people, most of them women, have been trained in agriculture and farming here. When I arrived at MAJIS, its Kenyan Director, Fr Augostine Ekeno SJ introduced me to the programme particpants as being from Ireland, the same country as its former Director, Fr Richard O’Dwyer SJ. The women got very excited and wished for me to send their appreciation to Richard, who is now back in Ireland and based in Gardiner Street Parish.

Mary Amer was eager to share with me how Richard’s work had impacted on her life, saying that since she was born she had never eaten fruits until he showed the women how to grow them.Theresa Ayeta said that from the sale of the vegetables, which she now knows how to grow, she can buy maize flour for her children, clothe them and get medical treatment when they are sick. She told me that women don’t have to depend on their husbands now. Last year she managed to buy a lactating goat and her child is now getting milk. Theresa wanted Richard to know that the women in MAJIS are now using bulls for ploughing rather than digging by hand, and buying goats, all from their vegetable money.

“Tell Fr Richard we are healthy and we don’t get sick. You are seeing the result of what he started here at MAJIS. If I was a dog you would see my tail wagging! We are not educated. In the past we didn’t get greens in the dry season but Fr Richard taught us and didn’t get tired of teaching us”. Mary Apet Cheroil, MAJIS

Everywhere I travel in East Africa, I hear similar testimonies from local people about what missionaries have done for their community and how the long-term presence of missionary organisations have had a positive impact on peoples lives. While Irish missionaries are elderly and there are few remaining in the field their spirit and charism continues both in energetic younger African priests like Fr Ekeno, and in lay partners who continue the work.

I shared the messages from the women in MAJIS with Richard on my return to Ireland, bringing some much-needed uplifting news during the bleak winter period at home, where Covid-19 continued to restrict people’s movements and cause worry and fear. He said “I am really delighted to hear that the work we did back between 2013 and 2016 has continued to have an impact. We encouraged the women in Akol Jal to plant tomatoes and fruit for their families. They were subsisting on a very limited diet of posho (maize flour) eaten sometimes with some greens and often just on its own.”

In a country where only four percent of land is cultivated, MAJIS strives to help the Dinka people in diversifying their agriculture into crop production. This will give them an opportunity to generate income from the land in an alternative way, and will contribute to the dilution of the violent cattle culture that dominates the lives and dictates the prospects of many young boys & girls.

The women attending MAJIS often bring their children with them to the farm to play, as there is nowhere else for them to go. The nearest school is 8km away – the route is too far to walk and too unsafe for a primary school child. Over time, MAJIS has responded by setting up an informal school for these 120 children and plans are now underway for the construction of a primary school that will cater to 250 children within the next three years.

Part of my visit to the MAJIS project included assisting the team in drawing up a proposal for finishing a kilometre of fencing around the farm to tackle the wild boar that were destroying the crops and deter the illegal felling of mahogany trees. The women had erected temporary wooden fencing around the plots but it was eaten by termites and would collapse.

In the last 12 months, funding from the IJI and five other Jesuit mission offices in Canada and Europe has helped the women plant and harvest local vegetables (sukama, wiki, kudra, onion, tomato, maize, sorghum, groundnuts, cowpeas, and green-grams). So far, a borehole has been drilled and two 5,000 litre tanks erected giving people access to clean water. 25 acres of land has been cleared for farming, and is now ploughed and planted with vegetables. Beekeeping on the land has resulted in 30 litres of honey being harvested.

IJI’s commitment to local communities means that we will continue to fund and support programmes where people are marginalised, like South Sudan, and work with them to create a sustainable future for everyone

Photo: Ayem Mayom Buoc graduated from a vegetable production course at MAJIS. She joined the programme in order to raise some income to support her children.