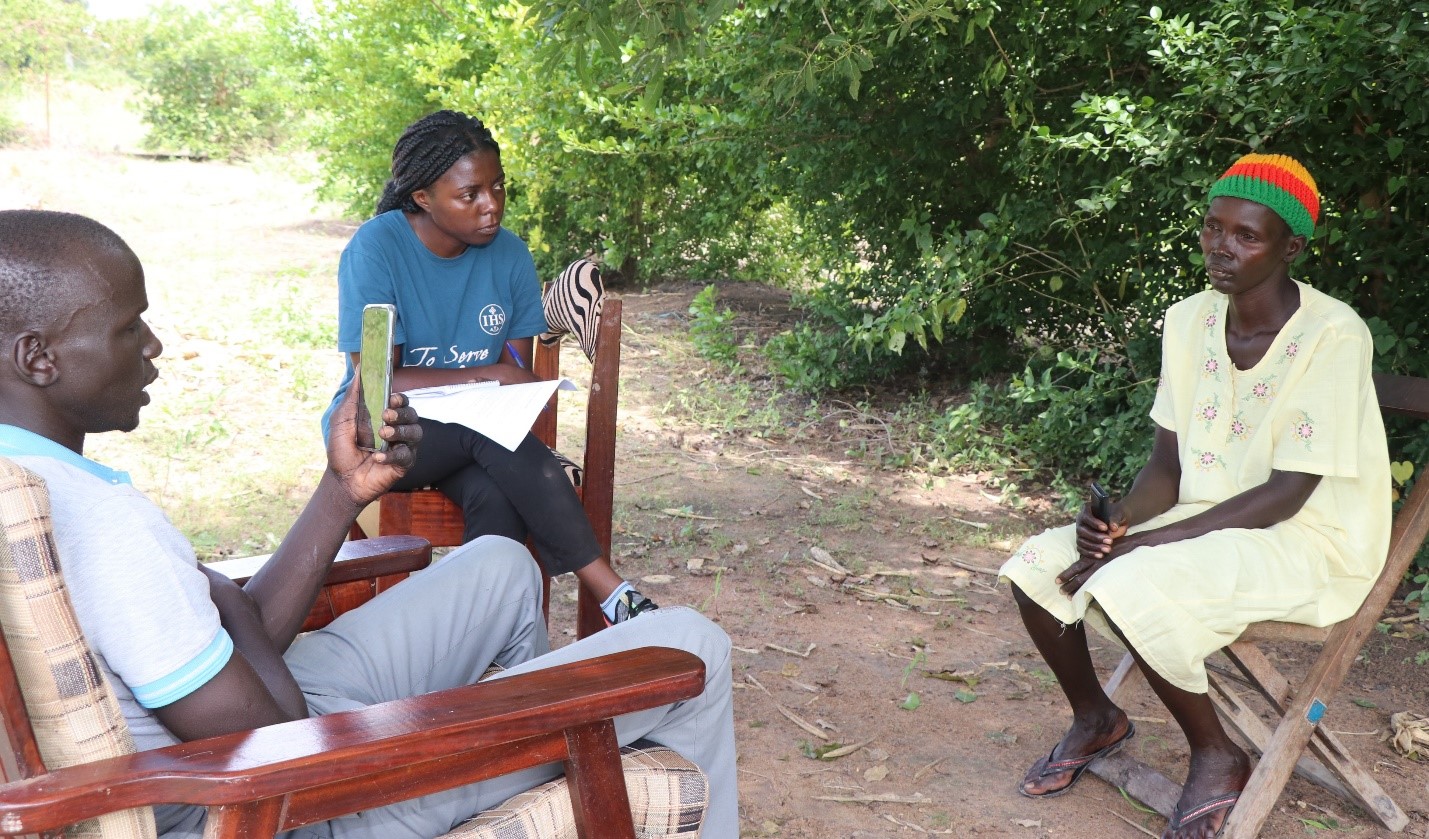 This Saturday join millions of people across the globe and switch off your lights in support of nature and the planet. In Ireland, Earth Hour is at 20.30 (8.30pm) and will mark globally a time for reflection and raised awareness of the effects of climate change and the need for action.

Earth Hour isn’t just a symbolic lights-off event – it is a global movement and message to the international community that we are facing an emergency. It has become a catalyst for positive environmental impact, driving major legislative changes and is about harnessing the power of the people and collective action.

During Earth Hour, at IJI we reflect on our project partners and the effects of climate change on the world’s most vulnerable communities.

Deborah Eyath is a farmer in the village of Akol Jal in South Sudan. Climate change has meant that she and her community face long droughts. Delays of the rains usually expected in late April/early May are affecting the planting season and as unpredictable weather worsens the rains bring floods destroying crops and reducing the harvest. Since women like Deborah depend on agriculture for their income, Climate change has a direct impact on her family and children as the persistent extreme weather conditions are placing livelihoods in jeopardy. As a result of continued flooding, Deborah struggles to support her children’s education as she tries to buy even the most basic necessities for her children to attend school such as shoes and exercise books.

Vulnerable communities found in places like Akol Jal, already struggling, are facing the most devastating climate impacts, including lethal droughts and floods.

Since 2010 we have been working to address food insecurity to an entire county, roughly 288 villages. In 2014 the Multi-educational and Agricultural Jesuit Institute of South Sudan (MAJIS) was developed to teach farmers sustainable farming and good agricultural practice. Since the programme started in Rumbek, hundreds of people, most of them women, have been trained in appropriate land use and farming.

James Majang, a MAJIS  field officer has been working in Akol Jal since 2016 supporting the women in their farms by teaching them good agricultural practices and accompanying them from cultivation to harvest. When asked about how the weather has changed in the past few years, he shared how the weather is becoming increasingly erratic and unpredictable. He gave examples of how farmers had high expectations for 2019 after they gained high yields of groundnuts in previous years. The farmers were able to harvest more than 100 bags of groundnuts and it really motivated them to do the same the following year. After doubling their efforts in 2019, the crops were unfortunately affected by floods and were submerged in water. Their expected yield was reduced to 3/4s of the previous harvest. In 2020 they tried making similar efforts but unfortunately the crops were once again affected by floods. The farmers were only able to harvest 48 bags of groundnuts, out of which 28 of them were affected by water. Because of the produce’s poor condition, it fetched very low prices at the market.

You can also DONATE today to support women farmers, like Deborah and her children, in our campaign: ‘Build a Classroom and Change Lives Forever’ where we hope to support the education of local children in Rumbek, South Sudan and the continued assistance to women farmers in sustainable and climate adaptive farming.