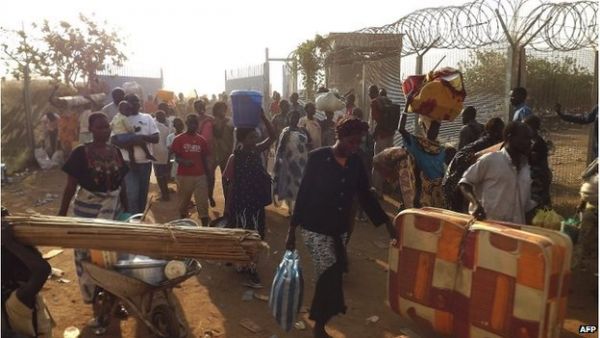 In the Editorial Analysis /December 16th/, Mr Peter Wankomo couldn’t have erred more in his analysis. A level-headed neutral person can easily see the bias and prejudice underpinning his wrong conclusions. It clear, Peter is relying either on sources in Juba who are not accurate in their reporting or the statements by the President and Dr. Martin Elia Lomoro, who also as a leader of SSDF has interest in SPLM tearing itself down.

It reveals to me that SouthSudannation.com is not getting the facts well or the Editor is blinded by his perceptions of Riek Machar.

I am sure Riek Machar like many of us is prone to error of judgement and in many cases his decisions are not objective. That is why we departed ways with him in 1995 when he rejected the decision of his troops in Lafon to delink from the enemy to rejoin the SPLM/SPLA.

However, this time the debate within the SPLM was about democracy and how to make it work in our young republic.

How could we continue to hurl abuse and blame on Riek when he is calling on the SPLM Chairman to follow the internal regulations of the SPLM; how do we continue to criticise Riek for rejecting the unconstitutional dismissal of the Governors of Lakes and Unity States.

Separating issues is the root of objectivity and a social media like the SouthSudanNation.com must maintain this standard otherwise it will lose credibility.

Who is disgruntled? The assertion that the former ministers are disgruntled because they want positions amounts to misplacing the issues.

If I can talk for myself, I don’t think my problem has to do with being or not being a minister. The debate or rather the discourse to revitalize the SPLM and putting it back on the driver’s seat in public affairs is something democrats would support.

The SPLM dysfunction has reflects itself the dysfunctionality of South Sudan state and this explains why it has remained since July 9th 2011 under Chapter VII of the UN Charter.

All that people are clamouring about as failures of the Government of South Sudan are indeed SPLM failures. The SPLM failure to organize itself with functional organs and institutions sensitive to the concerns of the citizens; the failure to evolve a political ideology has resulted in the ethnicization of SPLM power politics; the failure to institutionalise power relations within the SPLM has result in autocracy and one-man dictatorship relying on ethnic lobbies and close business associates who have turned South Sudan and its state institutions into a limited liability enterprise.

These are the issues that have precipitated the current political crisis. Only the wilfully blind would categorise the issues we are raising as being disgruntled.

I live in Juba almost Ã‚Â¾ of a kilometre west of the old Army H/Qs, which now houses Tiger Battalion – the presidential guards. It is not true that ““the fateful night started at Nyakuron where an unknown gun (man) fired at the SPLM National Liberation Council which was concluding its meeting attended by Kiir himself.”

It is about two kilometres from Nyakuron Cultural Centre to the Army H/Qs if one follows the tarmac through the University of Juba round about. If the unknown gun (man) fired at the SPLM NLC meeting what are the casualties? This is mere fabrication. The centre was awash with Salva Kiir’s guards and it would have been a massacre I can assure you.

The information we got is that President Kiir ordered Major General Marial Ciennoung to disarm his soldiers. Marial was at the closing session of the NLC. Left the scene immediately and called for a parade of the Tiger Battalion.

He briefed the troops and ordered them to surrender their arms. They obeyed and executed the orders and dispersed. Now in a mischief, the officer i/c of the stores opened the stores and rearmed the Dinka soldiers. A Nuer soldier, who happened to be nearby questioned this. A fist fight ensured between the two attracting the attention both the commander and his deputy to the scene.

They now could not control the situation as more soldiers came in and broke into the stores. The fight ensued and the Nuer soldiers managed to take control of the H/Qs. It was in the morning yesterday that SPLA reinforcement came in and dislodged the mutineers. This can later be verified and the truth will come out.

Now Peter, Military doctrine dictates that once a contingent of mutinous troops have been dislodged, appeal is made for their surrender and then disarmed. Those who remained loyal are also disarmed to prevent bad blood.

The loyal troops of Tiger, hailing mainly from Warrap and Awiel, have not been disarmed. In fact, they are the ones rampaging Juba, looting and shooting to kill any Nuer in the residential neighbourhoods.

A colleague of my wife Hon. Deborah Ajok, a Dinka, in the National Legislative Assembly called my wife to know about her situation informed her that the thing has turned tribal and had to intervene to save, by a whisker, the lives of children of Manasseh Magog Rundial, the NLA Speaker.

Can you see the mistake President Salva Kiir is committing letting his own militia on the loose?

This may be my last contribution on this website because as I said I waiting for the Police in order to join my colleagues in detention. However, I want to advise you, Peter, that we cannot go on blaming Riek Machar for 1991 or his defection to the enemy in 1996.

As I said earlier, it is a weakness because his concern was personal power. Now it is different. Since no leader has emerged to champion this course, why should we not assist him in realizing the democratic ideals?

The people of South Sudan have failed to manufacture a leader of Garang’s calibre that explains why we are recycling these leaders. We should admit it is the result of our shallow political culture.

You seem to be inclined to thinking that Dr. Martin Elia Lomoro may be the alternative. I cannot prevent you from entertaining that opinion but Lomoro, like Lam Akol who led the Oxford Circus in February 2003 were agents of the NCP strategy to scuttle the CPA at birth, has never been part of the struggle for the liberation of South Sudan.

He has been in the Government in South Sudan since 2005. Has he any moral high ground to call us disgruntled?

In case, I remain at large today or tomorrow, I will come back to you.