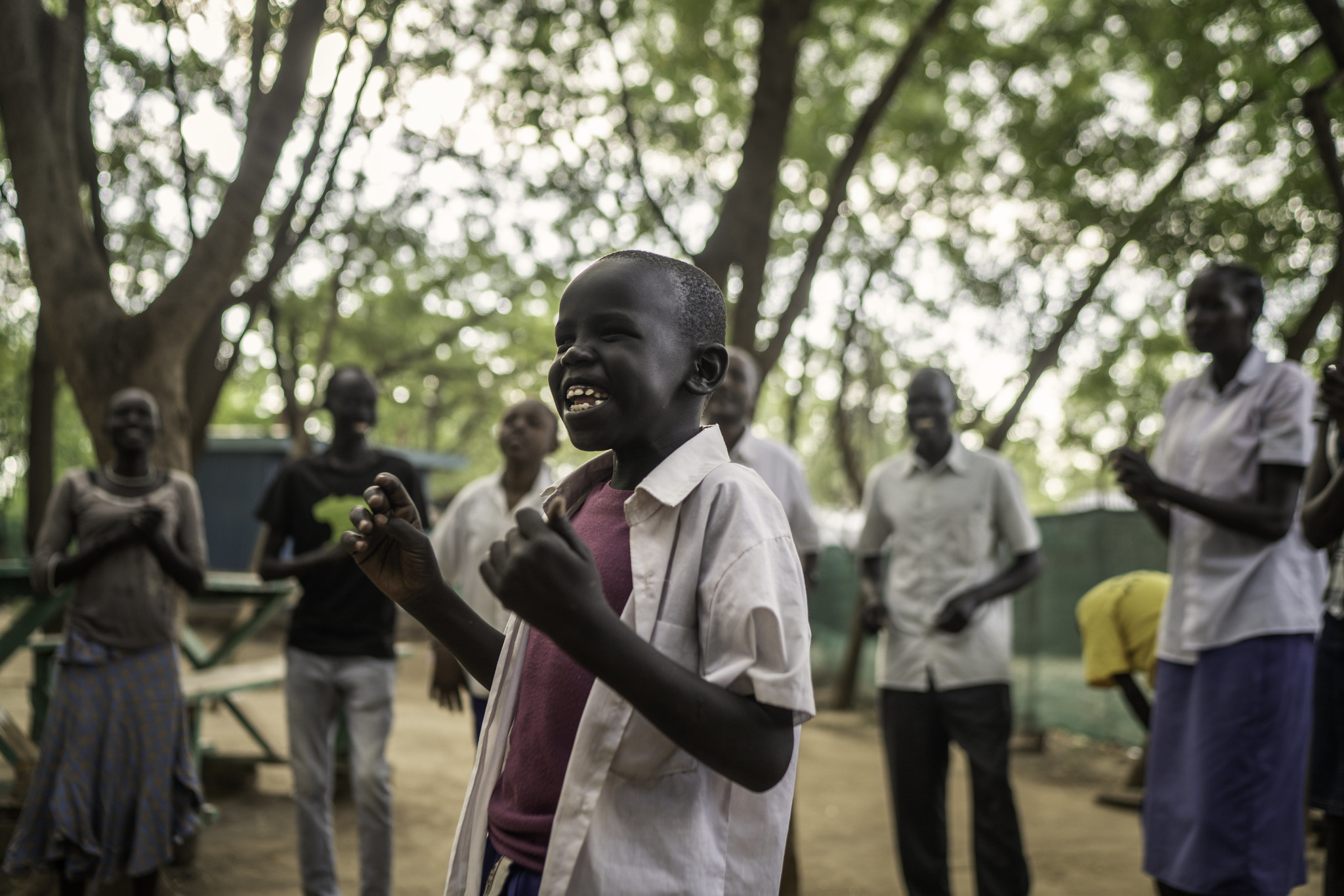 Ignatius of Loyola, founder of the Society of Jesus (Jesuits) instructed his order to ‘go to the margins’ – the places at the edges of our society and our world where the people who are overlooked are to be found.

The work of Irish Jesuits International, the Jesuit Refugee Service and all Jesuit agencies is based on a foundation of Ignatian spirituality and the belief in ‘cura personalis’ – care for the whole person. Jesuits believe that each person has a unique dignity and is deserving of real respect. Our work reflects this in its dedication to the mental and spiritual wellbeing of the people we work with, many of whom are traumatised by their experiences.

Irish Jesuits International (IJI) and our Jesuit partner organisations overseas, including the Jesuit Refugee Service (JRS), have deep roots in the countries they work in. Unlike other NGOs who enter and then move on from a particular region within a few months or years, Jesuits’ long-term investments in the communities they work with spans generations.

Jesuit organisations are the ones who will go where other NGOs will not venture. The current conflict in the Tigray region of Ethiopia has resulted in a devastating humanitarian crisis. The Jesuit Refugee Service is one of only two organisations present in the field on a permanent basis (as of February 2021).

IJI is part of a worldwide network of Jesuit organisations. The global reach of the Society of Jesus means we have friends and colleagues near and far. This interconnection means that we know what the situation on the ground is, in remote regions of the world affected by war and natural disasters and can respond quickly to the humanitarian needs that emerge.

Another characteristic of Jesuit approach is staying with the people who need help, even when conditions become too precarious for other NGOs. When Maban, in the northern part of South Sudan was hit by devastating flooding in late 2018, Irish Jesuit Tony O’Riordan, and other JRS staff were among the few people who remained in the region, to continue to support the refugee and host communities throughout the crisis.

Education as a tool

IJI and our international partners focus on education as a tool that can provide people with the knowledge, skills and confidence to navigate their life and with qualifications that can propel them to a better one. Whether it is a refugee woman who is learning to become a dressmaker so she can work to provide food for her family, or a young girl who avoids the fate of forced early marriage because she is attending school, education helps people to move forward towards a better life.

Why donate to us?

Irish Jesuits International differs from other Irish charities in how our funding is allocated. Our Director, John K. Guiney SJ is a Jesuit which means that – unlike many other charity directors in Ireland – he is not on a six-figure salary! As an agency of the Irish Jesuit Province, which covers our overheads and staffing costs, the income we raise through fundraising goes to the people who need it, in countries in Africa, Asia and the Middle East.

Jesuits and their lay partners in Ireland, and internationally, work with and for people who are left behind because of poverty, disability or other reasons beyond their control. We go to the margins of society, and of the world, because we care.