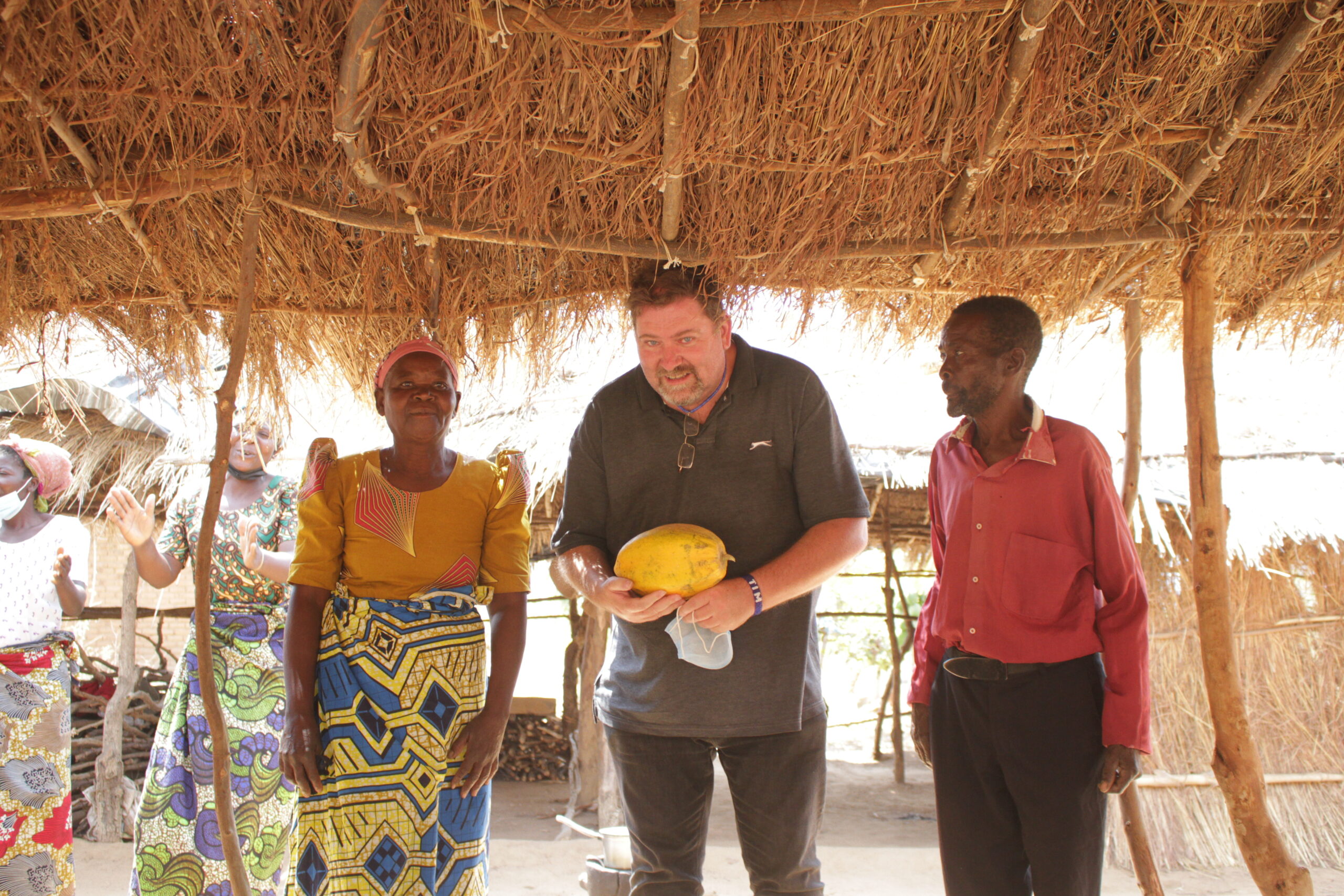 Since Covid-19 restrictions came into place in eary 2020, the nature of my role has fundamentally changed. Instead of site visits to different countries to see and report on projects supported by the IJI, my monitoring visits have been online and done over Zoom. As restrictions began to ease throughout countries in Africa in September I was finally able to travel, from my base in Kenya to visit the Jesuit Centre for Ecology and Development (JCED) in Malawi.

JCED was founded in 2010 to work towards resolving the environmental degradation of Malawi and to improve productivity and incomes for small-holder farmers who depend on agriculture for their livelihoods. These days it also provides support to small holder farmers as they transition to climate smart agriculture and advocates for environmentally sustainable approaches to development.

The centre runs programmes in Lilongwe, Malawi’s capital and Kasungu district about two hours north of here, so I spent time in both locations. It was a privilege to see the work that the project team, under the direction of Br Edward Ngonizashe SJ, do with the local communities in the areas of Climate Smart Agriculture, Secure Livelihoods, Forestry, Energy and Green Schools. With funding from Misean Cara, IJI have been supporting the activities of the Tasintha project at JCED for the past three years. In 2020 Misean Cara recognised the work of JCED as one of the winners of their Inaugural Climate Action Awards.

Agriculture plays an important role in the economic development of Malawi, and women play a key role in it, doing more than 70% of agricultural labour. JCED works with almost 700 farmers the majority of whom are women. The effects of climate change have meant that these women have lived through floods, dry spells ands droughts, pest and disease outbreaks, which resulted in the failure of crops and the loss of income, resulting insustained hunger and extreme poverty. JCED works with the women to pilot innovative ways of coping with these adverse effects and building resilience to weather changes within the community.

In Malawi, deforestation is very plain to see. Trees play an important role in providing for basic human needs (firewood, food, fodder, fiber, pharmaceuticals, poles and timber), but this reliance on trees means that the country is being stripped of its forests at an alarming rate. JCED is addressing the problem of deforestation by encouraging natural regeneration – allowing native trees and shrubs to grow on farms, and giving farmers with fast growing multipurpose trees that have the ability to improve soil fertility, and fruit trees to help with providing nutrition and another source of income. This intervention has seen over 50,000 seedlings planted by the farmers over the past three years resulting in the transformation of the landscapes in Kasungu. JCED also promotes the production and use of eco-friendly ceramic stoves. When visiting the group (mainly women) who produce these stoves they spoke of their benefits – they use less firewood, keep in residual heat and produce less indoor smoke which results in fewer respiratory illnesses in their families. This group and others have also benefited from JCED’s promotion of small-scale businesses, and the provision of soft loans and village saving schemes. These combined interventions improve household income and strengthen resilience to all kinds of shocks and crisis.

JCED not only works at the grassroots but also networks at national, regional and international levels. Their current programming responds to the Laudato Si’ Papal Call to Action on Environmental Sustainability. Br Ngoni was a delegate at the UN COP26 climate summit in Glasgow, giving voice to people like the small-holder farmers JCED works with as they are among the people most affected by the effects of climate change, despite being the ones who did least to cause it.